Ever since the grand jury returned with its decision in the Michael Brown case I have been trying to figure out a way to write about it.  I started no less than twenty versions of this essay and scrapped every one of them. What can I say that hasn’t been said?  What can I write that will comfort the devastated or touch those who wish it would just go away? The answer is likely, nothing.  Smarter, more knowledgeable, more eloquent voices than mine have already weighed in.

I think that’s part of why I’ve struggled.  Because it feels hopeless.  And if it feels hopeless to me, a white woman living in middle class Connecticut, can you even begin to imagine the despair felt by the people of Ferguson?  I can’t. If I feel this level of anger, I cannot even wrap my head around the all consuming rage felt by those mothers who must feel as though it is now open season on their sons.

I don’t know what we’re supposed to do with that, I truly don’t.

I’ve seen many comments on Facebook from people complaining about the protesters, wondering “what they think they’re accomplishing” and making derisive observations about how they are “destroying their own neighborhoods.”

I wrote a piece recently about sexual assault and the way we treat survivors.  I mentioned the UVA situation.  The reason I knew to write about it was because a woman I know through Facebook had written an open letter to UVA, her alma mater, in the wake of the Rolling Stone interview.  It was powerful and eloquent, and in it, she made the statement that she would rather see her beloved school burn to the ground than have one more girl fall victim to violence and then be failed by the people who are supposed to protect her,

When I read that, it made perfect sense to me. No one, and I mean no one, reacted by taking her to task for saying she rather see her old school in flames than see injustice prevail one more time.

How is that different than Ferguson?  Really, how?

When you have people living in despair; when they believe the very institutions that are supposed to protect them have become the enemy; when they lose hope that justice will ever be served, and that things will ever improve, they. will. break.  Everyone, even the most law abiding citizen, has their tipping point.

I’ve been praying to find words that are powerful enough, or wise enough.  As usual, I am not praying for the right thing.  No one’s words, alone, will be enough.  This is too big.  We need everyone’s voices.  No voice is too small.  We need the voices of people who aren’t afraid when they get pulled over by the police, joined in unison with the voices of those who are filled with visceral fear when they see an officer.  Benjamin Franklin famously said:

I want to know what to DO.  I want to know how to fight effectively for change.  I pray to find the right words when I find myself in conversation with someone  who thinks the protesters are “over-reacting.”  I pray to have those conversations with grace.   I pray for the ability to tune out the angry rhetoric, so that I can really hear what other people are saying to me.  I pray I begin to hear more conversations about WE and US, rather than THEY and THEM.

I pray that I will remember that more is gained by listening than by talking- but when I do speak, I pray for that hard, hot lump in my throat to go away, so that I can speak clearly and with kindness. I pray that I keep enough righteous anger to compel me to work for change, but not so much that I am changed by it. 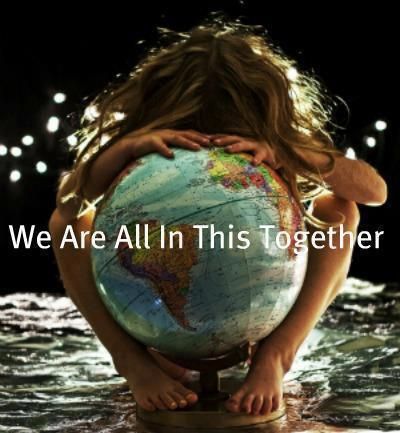 Pray for the dead and fight like hell for the living.