The amazing thing is that every atom in your body came from a star that exploded. And, the atoms in your left hand probably came from a different star than your right hand. It really is the most poetic thing I know about physics:

You are all stardust.

This past weekend I went to see The Theory of Everything. It is a biopic about Stephen Hawking and his wife, Jane. The movie begins with the two of them meeting at Cambridge. Jane, a young woman studying French and Spanish, and Stephen, pursuing his PhD in Cosmology.

Theirs is an unlikely love story. He is an ardent atheist, she is a faithful member of the Church of England. Despite this, they are drawn to one another. She of the arts, he of the sciences. She of the heart, he of the head.

They begin dating, and Stephen starts to experience symptoms of what we now know to be Lou Gehrig’s disease. He is given the devastating diagnosis, and told he can expect to live no more than two years.

They are impossibly young. They are in love. Jane persuades him that they should make the most of whatever time they have. They marry, they have children. His physical condition deteriorates but his brilliant mind remains. He gains international recognition for his singular pursuit of a universal theory, one that will essentially explain the whole world- how it came to be, how it will end. Stars and black holes.

As time passes, the toll of caring for her husband and children begins to show on Jane’s face. She looks less open and joyful, more stressed and determined. The Jane she thought she would be has been shelved. Stephen, despite his challenges, seems happier than she does- more capable of enjoying life. His professional journey has surpassed any dream he might have had for himself, she’s not yet really embarked upon hers. Things are complicated.

Today, Stephen Hawking is 72 years old. He was diagnosed at 21. He has now outlived his initial prognosis by almost half a century.

That’s not what Jane signed up for.

It sounds harsh, but it’s true. She thought she was only going to have two years with this brilliant, wonderful man that she loved. She knew it would be difficult and heartbreaking. And it was, just in a different way than she expected.

But the thing that struck me, sitting there bearing witness to their story, is that none of us gets exactly what we signed up for in this life. That’s simply not the way it works. There is always the unforeseeable. People let us down, they break our hearts. They leave too soon, they stay too long. We get hurt. Every single one of us, by someone, at some point. No one escapes this thing unscathed.

It can be difficult in the face of such disappointment not to paint the entirety of a relationship with a very broad brush. But nothing and no one is all one thing. Just because something ends badly doesn’t mean it wasn’t ever good.

Allowing yourself to remember that can be awfully painful.

There is a point in the movie when Stephen explains black holes. Black holes occur when a star burns through the last of its fuel. Something spectacularly bright and seemingly indestructible, collapses in on itself and becomes so heavy, so dark that no light can escape. That anything in reach of its gravitational pull is destroyed and consumed by the darkness. 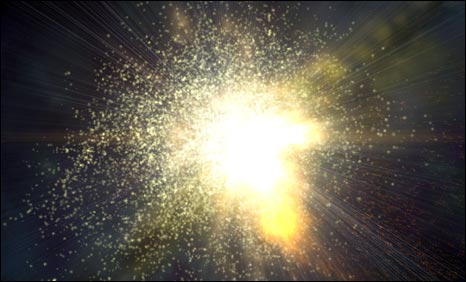 It sort of took my breath away.

At the end of the film I was in tears. Some of it was even about the movie.

It made me think about the upcoming holidays and about how bitter I’ve been feeling at the idea of not having my children with me. I’ve been wondering how I will manage to remain civil when I am feeling so resentful. This is the one area where I still carry around so much anger.

This movie actually helped me with that, I think. In a perfect world, where I could actually say what I want in the moment- where the impassable mountains of hurt, and the uncrossable oceans of grief don’t exist, this is what I would like to say to the father of my children:

In the end, let’s set aside the hurt. Let’s set aside the anger, and disappointment, and heartbreak. Let us put down those dark and heavy things. Let’s choose to focus on the things that still shine brightly- these two miraculous human beings that exist because WE did. Because once upon a time, before the collapse, before the darkness and destruction – there was an US. Let us stand side by side and marvel at these two amazing creatures who, whether it be by nature or nurture, are made up of bits and pieces of you, and bits and pieces of me.

Your logic, my creativity. Your charm, my way with words. Your drive, my resilience. Your knack for silliness and seizing joyful moments, my desire to connect with people.

Please, God, your sense of direction. Please, God, my sense of occasion. Our smarts. Our humor. Our curly hair. A little of you, a little of me. A lot of stardust.

Maybe, if I can say anything at all, I will just quote the last line of the movie – uttered by Stephen as he and Jane watch their children run and play,

“Look what we made.”

Please do not be cynical. I hate cynicism – it’s my least favorite quality, and it doesn’t lead anywhere. Nobody in life gets exactly what they thought they were going to get. But if you work really hard and you’re kind, amazing things will happen.