Comparison is the thief of joy. 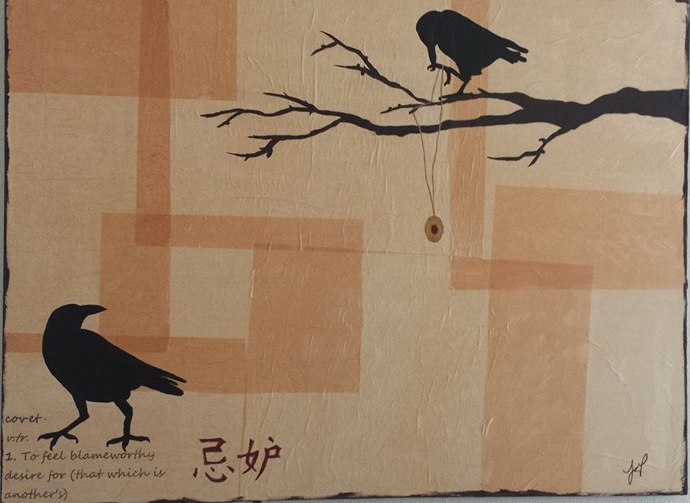 It’s funny the way the Universe works.  You know how once you notice something, you start to see it everywhere?  I wonder about that particular phenomenon.  Is it that it is part of the zeitgeist, and everyone is kind of noticing it in that moment, and so therefore it really is everywhere?  Or is it this?  You are supposed to learn something, so it is in your subconscious and then you keep noticing those little taps on your shoulder. It’s here, it’s there. And it is not, perhaps, more prevalent than it has ever been, you’re just suddenly open to hearing it and seeing it.

I think it’s the latter.  Or maybe both.  Probably both.

I have been hearing about jealousy a lot lately.  From different people, with different views, and in unlikely places.  But it’s THERE.  Tap, tap, tap.

First, you should probably watch something.  This is my friend Glennon on the topic. G’head.  For real.  I’ll wait.

I recently attended the Storyline Conference and I was lucky enough to hear Bob Goff speak.  He said, “On the seventh day, when God rested, Satan created comparison.”  And then, because Bob is delightful, he added, “And candy corn.”

What is jealousy but comparison?  Comparing what you have, your skills and talents, your life circumstances, with someone else, and feeling as though you come up short.  That’s it, isn’t it?  Why do we do it?  Why are we jealous?  Why do we envy?  What causes us to covet?

I have created my own definitions of what these words mean to me, and they are as follows:

Jealousy =  I wish I had that

Envy = I wish I WAS that

Covetousness = I want that, and I want her not to have it.  Covetousness is Schadenfreude in action.  Part of the appeal of ME having that is HER not having that.

Jealousy, for me, is about tangible stuff and experiences.  Jealousy tends to be fleeting. Really, just a pang.  I see someone’s photos from a month long trip to Italy and think, Oh-I’d love to do that.  Or I see a gorgeous outfit and wish I had it.  I find out someone I know met someone I really admire, and think, Well THAT wouldn’t suck.  But it’s never me begrudging the other person having the thing or the experience, and it’s usually cured by looking around at all the amazing things I do have.

Gratitude is the cure for jealousy.

Envy, for me, is more challenging.  It’s about attributes or character traits that I wish I had. Frankly, many of them are things I could work on if I chose to push myself.  It’s the one I struggle with the most.

I recently saw a photo on Facebook (social media is to jealousy and envy what a dark, damp place is to mold and mildew- ideal breeding conditions) of one of my college roommates doing a headstand, in a bikini, on a paddle board. In the ACTUAL WATER.

Very upsetting.  Her body looked phenomenal.  I felt a wave of envy looking at her.  The reality is that I was not envying her body, I was envying her discipline.  In your 40’s you aren’t handed that body.  EVER.  She worked long, and hard, and consistently to be in that kind of shape.  I envy those qualities when it comes to exercise.  That’s just an area where I’ve always struggled.  Envy, channeled correctly, can be tremendous motivation.

Expressing admiration is the cure for envy.

I’ll be honest.  I don’t have a ton of experience with covetousness.  I have many, many character flaws, this just doesn’t happen to be one of them.  I’m not a big begrudger.  Well, except for when Bruce Springsteen pulled Courtney Cox on stage in the Dancing in the Dark video.  I has a hater in 1984.

I have given this a fair amount of thought.  There really are people out there that covet what other people have.  To be clear, they don’t want something similar for themselves, they want the ACTUAL thing/person/whatever the other person has.  It’s the difference between, I wish I had a husband like hers and I want HER husband.  Big. Honking. Difference.

I think covetousness, the ugliest and most harmful of the three, is where jealousy and envy meet perceived scarcity.  So, where is this perception coming from?

Have you ever noticed how much society encourages these traits in women?  We are encouraged to envy each other.  Our covetousness is nurtured- our jealousy, stoked.  There is a cosmetics ad campaign right now whose tagline is “Be Envied.” Not admired. Envied. That’s the GOAL.  Being envied is the end game.  Yuck.

Our Green-Eyed Monster is well fed.

I think the ad world, and society in general, bombards women with two messages- 24 hours a day, 7 days a week, 365 days a year.

You are not enough.

There is not enough.

Advertisers seldom use those tactics with men. I’ve been thinking about that.

As Glennon touched on in the video, there really are still arenas where there are fewer seats at the table for women, and so in those circumstances there’s a certain amount of validity to feeling as though someone else’s having something comes at your expense.  In those cases, unfortunately, there is actual competition.  Actual scarcity.

But, friends, there are ENOUGH shoes.  There is ENOUGH nail polish.  There are ENOUGH husbands. Your beauty and your success takes exactly nothing away from me.  Not one damned thing.  We are being sold the lie that beauty and success and even happiness are finite resources. That is complete nonsense, but it is nonsense that we are buying.

I am sitting here getting pissed thinking about it.

Keep us fighting about stupid stuff, world.  Keep us seeing each other as the enemy.  Keep us distracted by shiny things, and imagined shortcomings.  Keep me thinking my glass is half empty because hers is half full.  Keep me believing that her win is somehow a loss for me.

We are more than half the world.  We should stop envying each other’s shiny things and ACT like it.