Those who can truly be accounted brave are those who best know the meaning of what is sweet in life and what is terrible, and then go out, undeterred, to meet what is to come.

I knew I would never fall in love again.

A little over a year and a half ago, a friend said this to me: You will be deeply loved by a good man. Write it down, lock it up, take it to the bank. Luckily, it was over Facebook, so she couldn’t see me roll my eyes. It’s not that I didn’t want to have someone in my life, per se- but I couldn’t see signing up for that again. I was, on my sunniest days, skeptimistic. (I think I just broke auto-correct.   You’re welcome.)

I didn’t trust myself enough to even THINK about dating again. To have been so completely wrong about someone I loved for nearly half my life? It’s actually not about trusting another person going forward after something like that. It’s about trusting your own judgment.

My church back in Washington State has an amazing Divorce Recovery program. Every church should have one. It helped me in more ways than I can say.

They talked a fair amount about future relationships during the course of the program. And every time they did, I would struggle to maintain my well behaved church face. I may have said, out loud, That sounds AWESOME, when the subject of second marriages came up one time. Sometimes, the only filter I have is in my coffeemaker. It just seemed ridiculous that anyone could go through what we’d all just gone through and think that was good idea. 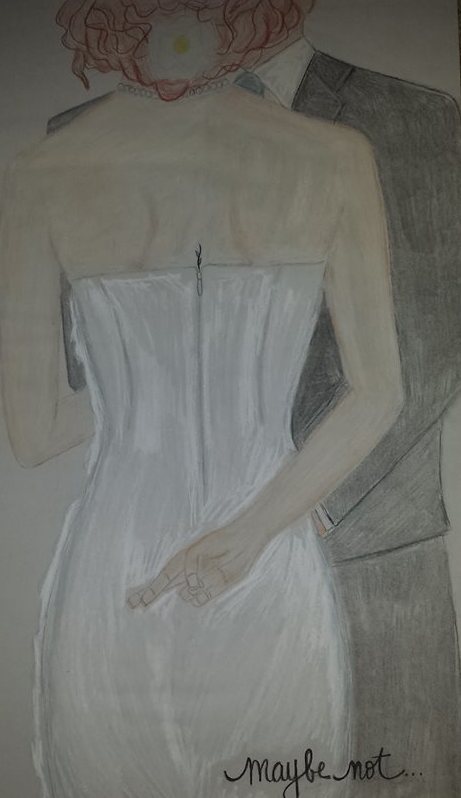 I know I just got run over by that there freight train- but I’m gonna just sit here on these tracks for a spell.  What could go wrong?

They talked to us about non-negotiables. They asked us to think about what ours were when we got married, and whether or not they had changed. Looking back, I’m not actually sure I had any. I would have said, vehemently, that infidelity was one. That if my husband ever cheated on me I would leave, or kick him out. But then he did, and I didn’t. At least, not for a long time.

I‘ve learned that most things- not all, but most- are negotiable once you are inside them. That it is more than a little arrogant to say what you would do in a situation that you’ve not yet faced. Having said that, I did come up with a list of things I require:  Kindness. Integrity. Faith- it doesn’t need to look exactly like mine, but it needs to exist. Joyfulness.

I’ve talked before about The Brene’s quote, “You either walk inside your story and own it, or you stand outside your story and hustle for your worthiness.”  I was a lifelong hustler, constantly going and doing so that I could prove that I deserved to be here.  I didn’t want that anymore. I knew that I wanted to be with someone I could relax into. Be still with. And, obviously, someone who understands that when Scandal is on he must not talk to me.

We first met when I was seventeen, and we were both freshmen in college. Actually, the first day of freshman orientation.  We were both wearing beanies.  He became one of my really good friends. We’d not seen each other since a year or two after he graduated.

We reconnected over Facebook about two years ago. He posted something that didn’t really sound like him, so I messaged him and asked if he was okay. We found out that we’d both gotten divorced the previous year. Messages led to texts, texts led to phonecalls, which led to phonecalls every day…

When the school year was over, I flew back east. I left my daughter with her amazing grandparents and hopped on a train to Connecticut to visit him. About a half an hour before my stop, panic set it. So I started frantically texting my girlfriends. “whatthehellamidoing?” “thisiscrazyRIGHT?” “whatifitsweird?” “ohmyGodohmyGodohmyGod”  “heeeelpmeeeee.” They were all reassuring, which made me wonder if I needed new friends.

The Jedi Council was far too calm.

As the train pulled into the station, I tried not to think about the fact that the last time he’d seen me I was 20 years younger. The train slowed, I moved to an exit door- I picked the one farther away from me to buy myself some time. When the doors opened up, he was standing directly in front of me. Understand- extremely long platform, many, many doors. And there he was, standing maybe six feet from me, smiling. If it was a movie, I’d have proclaimed it VERY bad writing.

I knew I was in love with him one beautiful summer day. We took a drive to this lovely little seaside town. We got coffee, and wandered down to a little park overlooking the bay. We sat on a bench. He knelt down, took off my sandals, sat next to me and pulled my feet into his lap. We sat in the sunshine, looking at the water and not really talking. We just sat there, for at least an hour. I didn’t feel like I should be doing something else. I didn’t feel like I needed to entertain him, or to be entertained. It was enough just to be with him. I was still. And just like that, I knew. 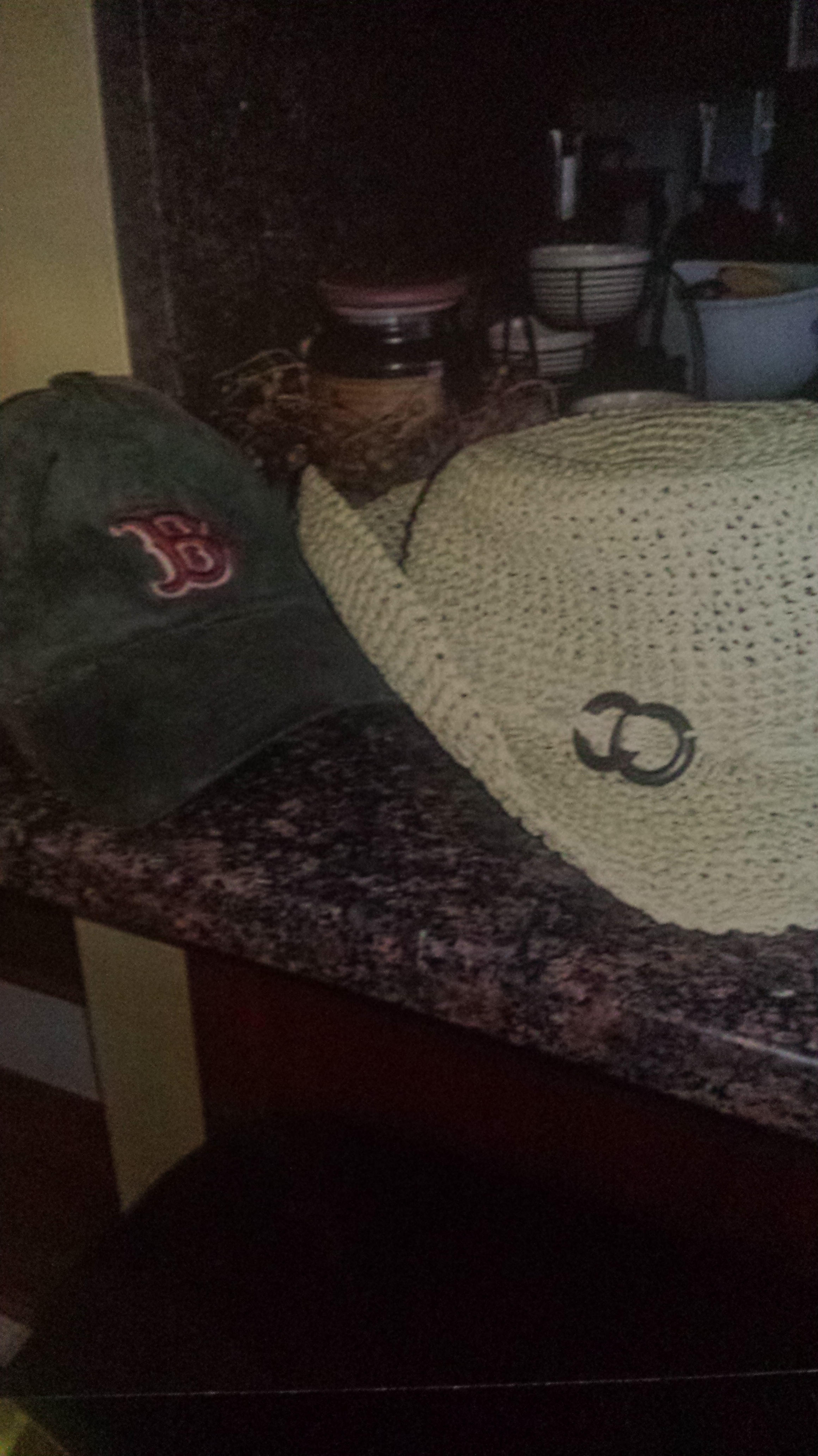 My friend was right.  She’s a little annoying, that one.

I was right too, by the way. I really do enjoy being right. I didn’t fall in love. Falling sounds accidental, because it is. It’s pheromones, and timing. We walked into love, eyes wide open, bruised and with hard won wisdom. It helps that we’d already loved each other for 25 years. The love just changed. Grew.

There is a terrible beauty in love the second time around.  You have two people who have known great loss, whose characters have been distilled by battle and grief.  Two people who come to the relationship with scars and walls, and also with tender spots- wounds yet unhealed that trigger strong reactions.

Being in love is one thing, but trusting yourself to be in a relationship is another.  I didn’t really trust myself until we had our first argument.  I got hurt- I honestly don’t even remember over what- and my reaction was, Oh, HELL no!  That sounds negative, but it is decidedly not.  Even though I had that reaction, and honestly, it was likely disproportionate to what had actually happened, it reassured me that I had boundaries, and that I would stand up for myself.

The past few years have taught me that you cannot give away what you do not have.  You need to look out for yourself and advocate for yourself, so that you can give of yourself to others. If it comes down to it, I pick me. That may sound selfish.  I don’t think it is.  I am the love of my life, in the end.  And knowing that allows me to love him freely and without fear- because even if it all goes to hell in a handbasket, I know I will survive.  And I won’t be alone.  I’ll have ME. 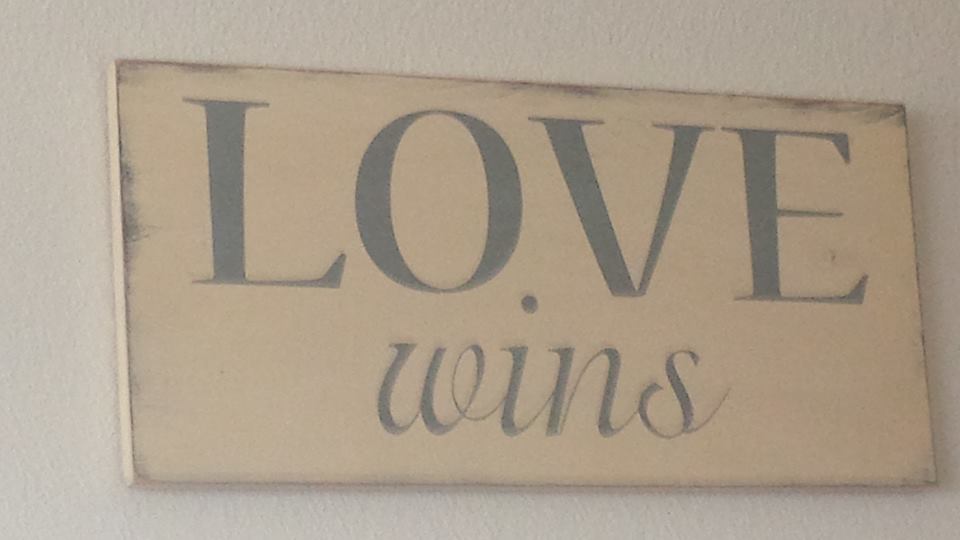