The snow glows white on the mountain tonight
Not a footprint to be seen.
A kingdom of isolation,
and it looks like I’m the Queen.
The wind is howling like this swirling storm inside
Couldn’t keep it in —
Heaven knows I’ve tried.

When you’re planning your wedding, the dress is kind of a big deal, right? You try on dozens, and revel in your Princess-for-a-Day experience.  Lace or tulle?  Empire waist or ball gown?  Strapless?  Sweetheart neckline? Beading?  Crystals? The decision can be agonizing.  Everyone wants to sparkle on their big day.

Unless you are me, that is.  I mean, I wanted to like my dress.  Even more importantly, I wanted to not make a mistake or draw too much attention. I wanted it to be perfect. To me that meant going simple and classic.

Once I started planning my wedding in earnest, my mother and I set out for a day of dress shopping. I walked into bridal shop #1, saw a taupe colored dress on a mannequin, asked the sales lady, Does that come in white?  She said yes. I bought it. It was technically a bridesmaid dress, and it cost $139. Having said that, I really did love it.  It was very simple, very Audrey Hepburn (in my mind, anyway) and exactly what I wanted.  I treasured it.

I loved the dress, but I can’t say I felt beautiful in it. I felt… appropriate. And honestly? That’s what I was shooting for. I was really happy about that.

What do you do with that treasure once your love story is over? I shoved it to the back of my closet. It was hidden in a garment bag, but even the sight of that caused me pain. I didn’t know what to do with it. I couldn’t bring myself to throw it away, but I didn’t want to keep it. I would never want my daughter to wear it, even if she wanted to. That simple little white dress became HEAVY.

What some of you may not know about me is that I have spent the last four and a half years involved in special education. The first three were as a volunteer, teaching art in two mid-level classrooms, and the last year and a half as a para-educator in an FSA class. It is the single best, hardest, most challenging, inspiring, fun job I have ever had or will ever have. I came home at the end of the first week and said, “I feel like for the first time in my life, I am using every single part of who I am.”

I worked with heroes and giants.

I always referred to our students as warriors, because they show up and do battle every day, facing obstacles that would bring most adults to their knees. Some days they are triumphant, other days, not so much- but what do they do the next day? They SHOW UP again, DO BATTLE again. I learned, from every single student, lessons that will carry me through the rest of my life. I am a better person for having known each and every one of them.

This essay is about my sparkliest warrior, Madison. How do I even begin to tell you about Madison? Well, she’s adorable, for starters. She’s smart. She’s hilarious. She’s a fabulous dancer. Before I spoke to her mom and got her blessing to write this, I was thinking of giving Madison a pseudonym. I was going to call her Katy. Madison LOVES her some Katy Perry. I will never hear the song Firework again without tearing up thinking about her.

My nickname for her is Sparkles.

She is the sparkliest person I have ever met. She literally sparkles, because that child is ALL ABOUT THE SEQUINS- and she just, well, sparkles. I said it to her often enough that she started calling me Miss Laura Sparkles. I love that so much I am seriously considering a legal name change. Madison is a born performer. She loves to sing and dance and act- and she is fabulous at all three. 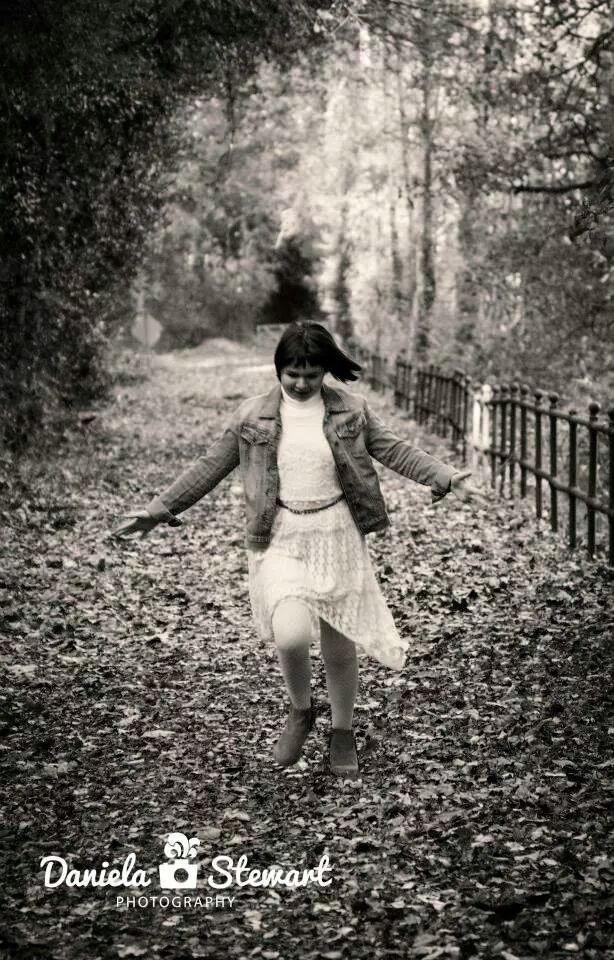 Madison also happens to have autism.

There is a reason autism is referred to as a spectrum. There is no one picture of what autism looks like. That seems obvious, given that we are all unique as human beings- like snowflakes- but I think people have a stereotypical idea of what autism is, and the fact of the matter is that it looks different on everyone.

Some kiddos who have autism are non-verbal. That’s not our Maddie. She’s a talker. It’s usually in the form of repeating, line for line, the dialogue of whatever movie she’s fixated on at the time. If I had her memory, I would be unstoppable.

I used to joke that I wanted a day pass to her head- because there is a PARTY going on in there. One of my favorite things to do was to walk behind her in PE when the kiddos were doing laps. Our absolute blessing of a PE/Music teacher, Renee, would put on music for the kids, and any time Single Ladies by Beyonce came on Maddie would start doing the arm motions as she was speed walking. I mean… cutest EVER.

Every year, Renee (is there a font you can use that attaches a halo to every letter? If there is, someone tell me so that when I type her name it automatically defaults to that- she is an angel, that one) puts together a concert for our kiddos to put on for the rest of the school. It is a BIG DEAL. There’s even a black light performance where the kids wear black and hold white or neon painted props so that they glow in the dark. Renee is no joke. One day, in music class, Renee mentioned that she was thinking of having Madison perform Let It Go, from Frozen.  Madison, like most girls, was obsessed with the movie and had been singing the song. Like, A LOT.

Renee said she thought she might use it as the black light performance, and that she was thinking of letting Maddie wear her wedding gown for it. Then this happened.

I got what my son used to refer to as a BIG GREAT IDEA.

Renee, I said, you are happily married.  Your wedding dress means something to you. Let’s use MINE.

It’s funny how some distance,  Makes everything seem small,  And the fears that once controlled me, Can’t get to me at all!

So I ripped off the bandaid and pulled out the dress. My simple gown was not NEARLY fabulous enough for my sparkly friend- understated is not Maddie’s jam- so I got busy. I hot glued snowflakes to the neckline and stamped electric blue sparkly snowflakes all over the skirt. I made a ruffle for the bottom out of coffee filters.  Bit by bit I transformed it from the plain white dress it was, into an Elsa-tastic creation.

When it was done, I brought it to school for Maddie to try on. When I zipped her into it and she looked in the mirror… well, she preened. That’s the only word for it. And I cried. She looked so beautiful and she knew it.

We rehearsed a LOT for those concerts. Putting them together is a Herculean task and our kids work so hard learning the songs and dance moves. Maddie must have rehearsed her big number a hundred times. The number of times I, or frankly any of us, got through her performance without crying? Zero.

Waiting for her to go on is the most nervous I have ever been. Rehearsing it is one thing, having the curtains open up to HUNDREDS of people watching you is quite another. I was worried she would freeze, or kids would be unkind, or she’d trip in the dark, or…. well, I was worried about everything except her forgetting the words. I knew we were good on that front.

My power flurries through the air into the ground,  My soul is spiraling in frozen fractals all around,  And one thought crystallizes like an icy blast,  I’m never going back-  The past is in the past!

Our Madison was AMAZING. She sang every word, remembered every step. She took off her crown and threw it dramatically. She sparkled. She glowed. I watched her shine, and sing, and perform- it is what she was born to do.

It’s time to see what I can do, To test the limits and break through, No right, no wrong, no rules for me…. I’m free!

I watched her up there on that stage and felt awash in joy. That dress was once again a source of happiness for me. I was free to love it again because it wasn’t mine anymore- I could let it go. It was Maddie’s. I think maybe it was ALWAYS Maddie’s.

Yes. I believe that.

I was the conduit.  I was just the keeper of the dress.

Here I stand
In the light of day
Let the storm rage on,
The cold never bothered me anyway! 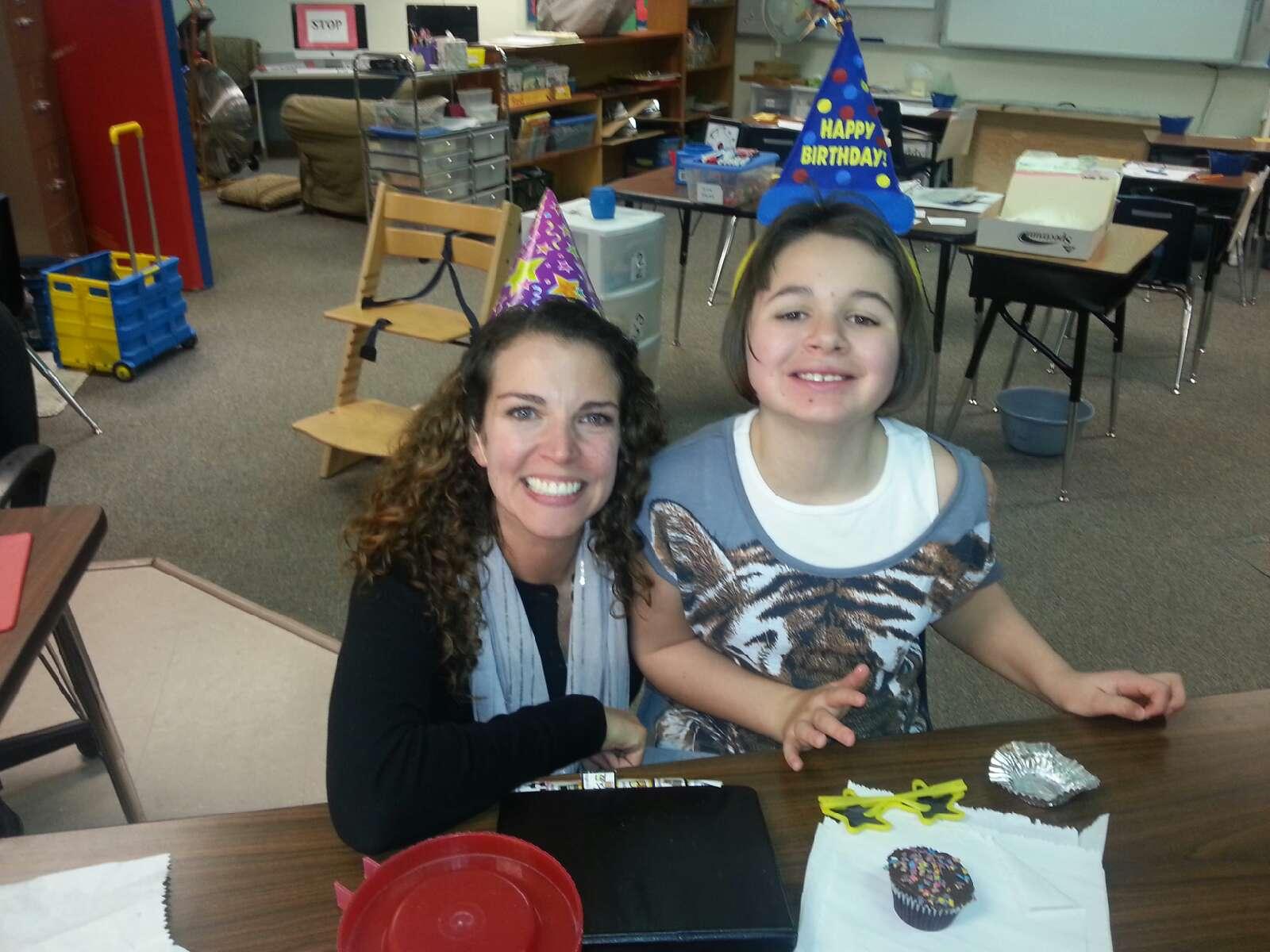