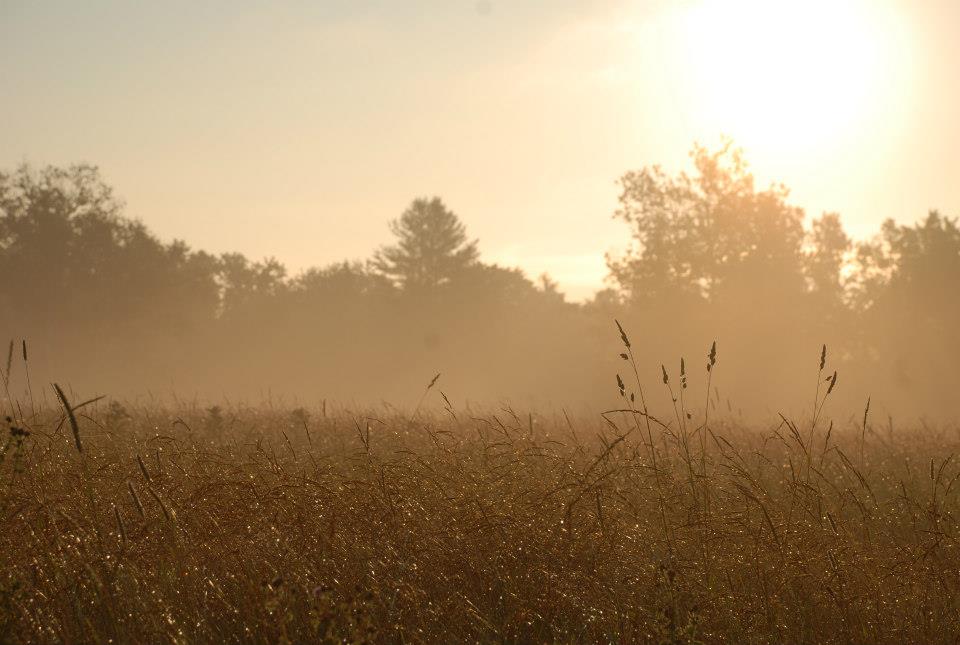 A procession of women makes its way down to the river. It is early in the morning and there is still a distinct chill in the air. The sun bounces off the low-lying fog and catches the dew on the long grass, causing the fields around them to seem to glow in the morning light.   It looks warmer than it is.

They walk through the center of the village, the group growing larger as more women and girls join them. Some carry buckets, some washboards. Elder women alternately scold and smile at the children who in turns lollygag and run ahead.   New mothers with babies strapped to their backs keep a watchful eye on their children and the children of others. They bark orders at the younger women, enjoying their newly minted positions of power over the ones who only a year or two before were considered peers.

They arrive at the river and commence the ritual of the wash. Linens are removed from buckets of lye and wrung out before being scrubbed on the washboards. At first, the icy water stings, reddening their hands. They grow accustomed to it and begin laundering their linens as if by rote, the repetitive chore leaving their minds free to wander.

And they talk. They gossip, they ask for and give advice. They console and commiserate. They laugh and lament.

In this, as in all their shared tasks, they connect.

They are a community in every sense of the word.

It’s funny when you think about it. All of our modern conveniences, which free up our time by making tasks solitary and efficient, have seemingly left us even more stressed out and with less time to connect on an interpersonal level.

Daily chores we can accomplish in minutes by ourselves in modern times, took hours and more than one set of hands to complete in the past. By the time the wash was done the village women’s shoulders would ache and their faces would be sunburnt, but they would likely leave the river feeling less alone than when they arrived.

We live in miraculous times. Our lives are much less demanding physically. Modern conveniences have made it so that we can operate with very little interdependence on one another. If your child is up sick all night it doesn’t mean four hours at the river’s edge cleaning linens against the rocks, commiserating with the other mothers about fevers and sleeplessness- it’s a quick toss into your front loading washing machine and maybe a tired emoji-laden post on Facebook.

We hire people to create and manage our lives, we outsource our rituals.  It’s amazingly efficient and sanitary, but mark my words- we have lost something in doing so.

What we have gained in ease we have lost in connection. I’m not saying we should glorify the old days of grueling manual labor and forego modern conveniences.   No one is idealizing a hard-scrabble existence and if you had offered those women bent over for hours scrubbing clothes in cold water an easier more efficient way to do that same work, they’d have taken it in a heartbeat. They’d likely think this was a ridiculous conversation.

We don’t need to return to a back-breaking daily battle for continued existence. No one wants that- and this is not an attempt to romanticize days gone by. There is a reason smart and inventive people spent time and energy coming up with ways for us to not have to do those daily tasks the hard way. So many good things have come out of those advances- indoor plumbing, for example, and the Shamwow.

Somehow, though, with that decline in our physical need for one another came an idealization of independence all around. Particularly in this country, we’ve created this whole mythology around “self-made” men and pulling yourself up by your bootstraps. We’ve romanticized the notion of women who can handle everything by themselves, which has, in turn, created generations of martyrs and burned out women who see it as a sign of weakness or an admission of defeat to say, “This is hard,” or, “I need help.”

The problem lies here- we have not found effective replacements for the forced intimacy of needing one another to survive. In the absence of the physical need for one another, we’ve offered up our human connection at the altar of convenience. Without that intimacy- without being all up in each other’s grills on a daily basis, we’ve learned to fake it. We’ve come to settle for smoke and mirrors over substance, and the illusion of success and happiness over real community.

We go home to our self-contained little lives. We put up privacy fences and pull down shades. We post our pretty pictures on Instagram so edited and tweaked by filters they bear little resemblance to what actually happened when we snapped the photo. Then we hashtag our gratitude for a life we are not actually living and tag our friends who do not actually know us. 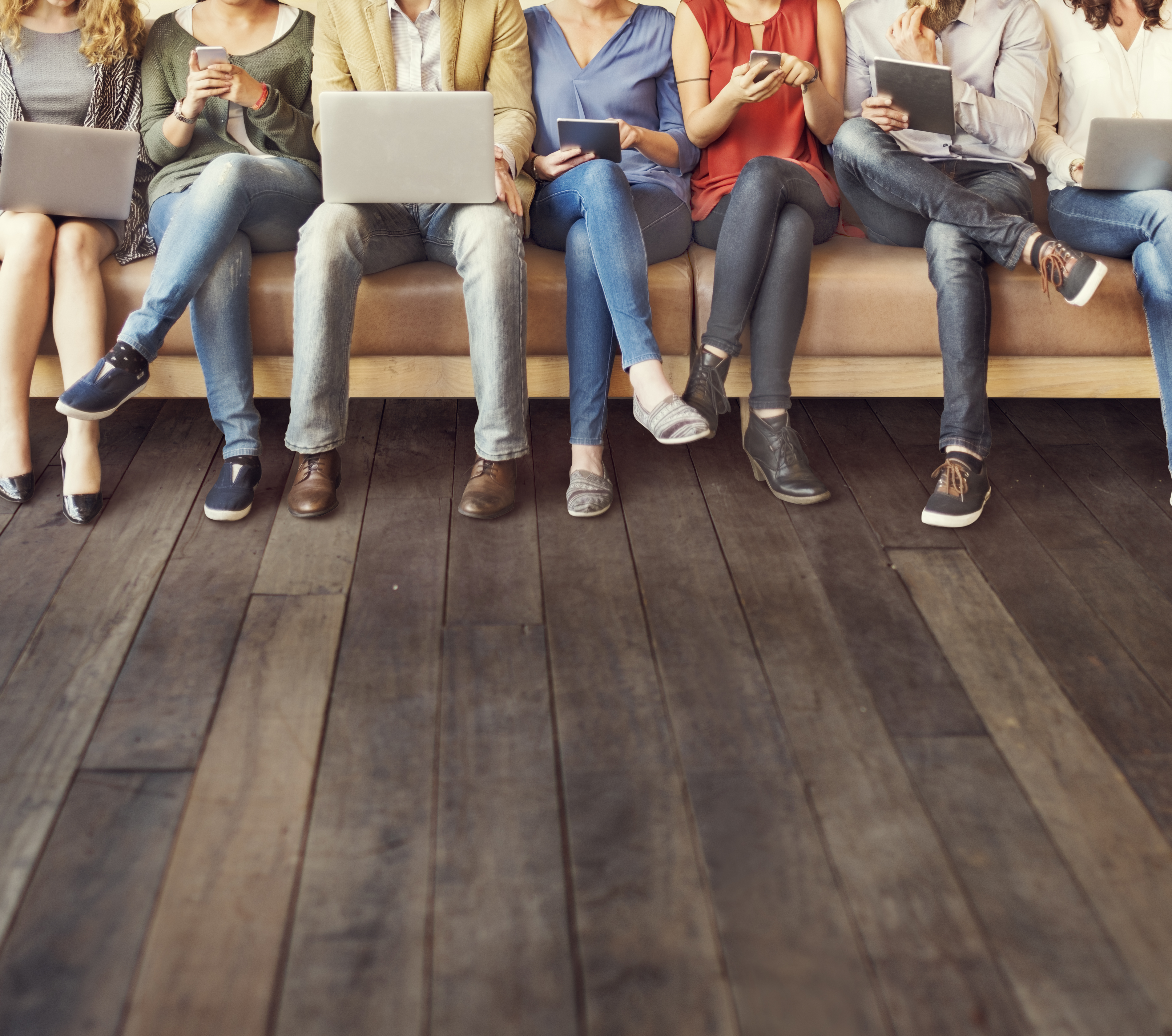 And we are modeling this for our kids.  Look at any lunch table, any gathering of teens. You will find them all looking down, choosing to have the glow of their devices light up their faces over having real connection light up their eyes.  Parallel play is no longer just for toddlers, friends.  And we wonder how it is that a teenage boy can become so detached he can walk into a school lunchroom and treat it like a first-person-shooter video game. It’s not mysterious at all.  It’s the real world application of disconnection.

Go to any kids’ sporting events and observe the number of parents who are busy on social media posting about how amazing their kids are while they are MISSING HOW AMAZING THEIR KIDS ARE.

Somewhere along the line it became more important to us to seem to have a great life than to live one.  At some point we became more worried about the number of Facebook friends we had and how much they ‘like’ our posts than loving the actual people in our lives and having them like us.

We watch reality tv to get our fix of life up close- but those shows are to real relationships what pornography is to love. A fun house mirror version of life, with all the vicarious thrill of people living close up to one another with none of the real responsibility. We engage in pretend forms of connection where we can log off or change the channel before something true or deep is required of us.

That can be okay, for a while. When things are good. But life, whether we are doing the wash in the river or dropping it at the dry-cleaners, is difficult and often heartbreaking. And it is so much harder if you feel alone.

We are hardwired for connection. We are meant to live in community physically, emotionally and spiritually- and we are STARVING for it. I mean it, we are literally dying. The lack of connection, the lack of honest-to-God real community, is at the root of nearly every single thing that ails society today.

Addiction. Despair. Violence. Poverty. Infidelity. Suicide. Hatred. Judgment. Even terrorism is rooted in the lie of “other.” If you scratch just below the surface of any of those tragedies, you find isolation and heartbreaking loneliness.

It took my life imploding before I was able to be vulnerable enough to build real communities for myself and my family. It took me losing nearly everything. It took the complete decimation of the pretty fences and the shiny life.  It took the humiliation of my divorce, it took me telling the truth about my abuse in childhood, and me finally getting honest about my alcohol addiction before I was able to set aside the pretty veneer and let myself be seen, scars and all. It took me nearly dying in order to really begin to live, it took me being shattered for me to finally become whole.

But it doesn’t have to be that way.  We shouldn’t have to fall apart to come together.  We don’t need more fences, we need more rivers.

How many more stories do we need to read where someone says, “I had no idea she was struggling,” or, “They seemed like such a happy family,” before we take a long hard look at the paper-thin lives we are leading? Before we recognize that Mother Teresa was right:

“If we have no peace, it is because we have forgotten that

we belong to each other.”