Someone I loved once gave me a box full of darkness.

It took me years to realize this too, was a gift. 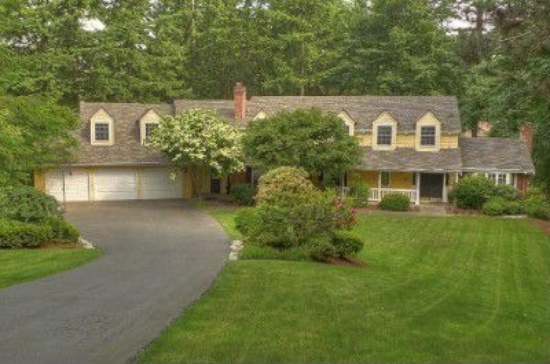 In July of 2012, I was packing up my house to put it on the market. I’d filed for divorce. My soon to be ex-husband had quit his job, and I’d been a stay at home mom for nearly 13 years. There was simply no way for us to stay in what I had once considered our dream home- the house I’d truly believed we would live in forever. Where we would have family reunions, where the kids would get married in the backyard, where we would grow old together. The day we moved in I saw all of those things stretched out in front of us. 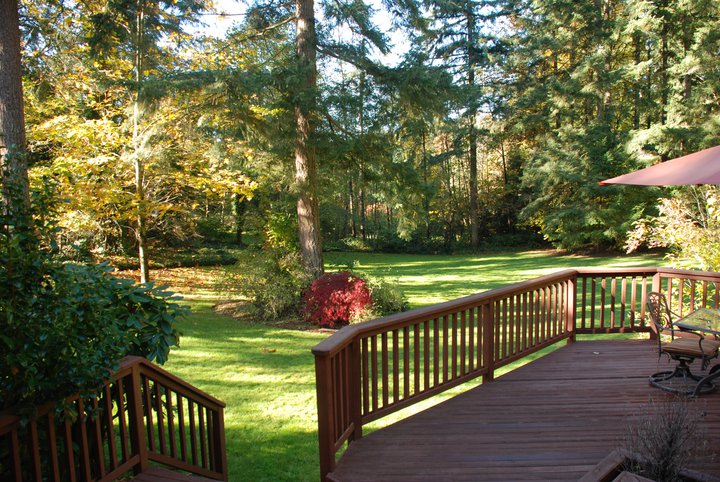 It was a Herculean effort to pack it up, and I did almost all of it alone. That is NOT because I didn’t have endless offers of help. My friends were amazing and would have done anything for me. I just… couldn’t. The process was so awful, so painful and humiliating. Every box felt like a defeat. Every family photo I took off the mantle felt like a failure. It was bad enough to have to do it, I couldn’t bear to have witnesses.

Over the course of my nearly 20-year relationship, I saved every letter and every card that we gave to one another.  When I was packing and came across that box of memories in my closet, I dropped it where I stood and walked away. I couldn’t even look at it.

As I dismantled our family home, every time I came across something that was too painful to deal with, I threw it in that same box. Photos, keepsakes, anniversary gifts- these little wooden blocks with heart-shaped map cutouts of places that, at the time, I believed to be sacred to us- Napa, Chicago, Jackson Hole, Seattle, Whistler, Boston. It was one of the loveliest presents he ever gave me. I threw in (and I mean literally threw) our wedding album. Our unity candle. The ring pillow I’d hand-sewn for our wedding. Everything that made me wince, or cry, or fill with rage went into the box. 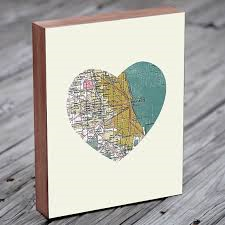 My first instinct was to set it on fire. My best friend Angela had a lovely fire pit, and I knew she’d be only too happy to light the match. Somehow, though, I knew not to do that. Somehow, I had enough clarity to know that I DIDN’T HAVE CLARITY ENOUGH to make that decision right then. And that I couldn’t un-throw something away. And that I might regret it. So I closed the box and taped it up. I took a big blue Sharpie and wrote on the top and sides, NOT YET.

The box moved with me to my new house, and I threw it under the stairs in the garage where I wouldn’t have to look at it. And I didn’t. Not until I was packing up again to move back to the east coast. By that time, I was in a relationship- which was part of the reason for the move.

When you are in a long distance relationship and there are three thousand miles between you and the person you love, Skype is your best friend. He and I would Skype every night. Sometimes, because of the time difference, he would fall asleep while we were skyping. Sometimes I’d disconnect- and sometimes I’d just leave it up.

One night, after he’d gone off to dreamland while we were chatting, I sat watching him sleep and realized it was time. He and I had been talking about the logistics of the move and all of the packing that I needed to do. Again. I was feeling utterly overwhelmed. But not alone. I knew I wasn’t alone, because he told me that. Every day. And suddenly, I had clarity.

I went down to the garage and dug out the box. I brought it up to my room, sat on my bed and looked at it. And looked at him. I knew I could not bring that box of darkness with me to my new life.

I took a deep breath and opened it up. I read each card, and then ripped it in two. I read each letter and did the same. Not in anger. They just weren’t mine anymore. I went through our wedding album, took out a few pictures that I thought the kids might like some day and then threw the rest away. I threw away the candle and the wooden blocks. I looked at each thing. I held them in my hands. I let myself remember. And I threw it all away. I still couldn’t bear to have a witness, but I wasn’t alone- he was right there next to me, in the way that I needed him to be.

Mary Oliver was right, you know. She always is, for heaven’s sake. I realize now that the box of darkness was a gift. Both the figurative box of darkness- the brutal demise of my marriage; and the actual box that I’d just unpacked- the one that allowed me to say goodbye to my marriage in the way I needed to, once I was ready.  Sometimes a gift comes in terrible packaging. Sometimes it shatters your heart and makes you doubt every little thing.

And I know- if you are in the middle of it, being told that one day you’ll think of it as a gift seems impossible.  Ridiculous. Maybe even a little insulting. I get that. I do. If someone had said that to me during the worst of it, I don’t know what I’d have done, but it probably would have resulted in jail time.  That’s okay.  Not all gifts are meant to be opened right away.  Just… Put it aside. Mark it NOT YET.  And, friend?  HANG ON. Both hands. The gift is there. It will take some time.  It will take distance, and healing, and perspective- but it will reveal itself when you are ready. I promise.