“I had learned early to assume something dark and lethal hidden at the heart of anything I loved. When I couldn’t find it, I responded, bewildered and wary, in the only way I knew how:

by planting it there myself.” 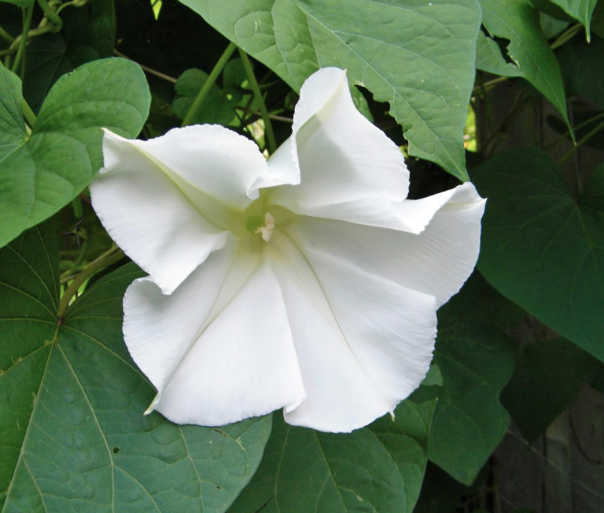 A while back someone recommended Bessel van der Kolk’s brilliant book, The Body Keeps the Score to me. I’ve now read it twice. Slowly. I am usually a very fast reader but this is both dense in content (though very readable) and profoundly impactful. It explained me to me. When I finished it the first time I felt I had the answers to so many of my long-held questions. When I finished it the second time, I realized I’d formed new questions.

Dr. van der Kolk began his career treating men coming back from Vietnam with what was then called shell shock and went on to become one of the world’s premier experts on trauma, and one of the first people in his field to research and understand PTSD as it relates to survivors of childhood sexual abuse.

Trauma physically changes your brain. It changes neuropathways, it changes your hardwiring. It can even change your DNA, meaning that trauma and abuse might be intergenerational for reasons that have their roots both in nature and nurture.

Doesn’t that blow your mind and also make the most perfect sense? All wars scar the ground on which they’re fought, usually for generations to come. Isn’t it the most logical, natural thing that when your body is the front line, the battlefield, that future generations are affected as well?

This is why all doctors should be administering ACE tests to their patients as part of the intake process. It’s crucial information. Adverse experiences in childhood affect all aspects of our health throughout our lives. A high ACE score is an indicator a person is at increased risk for chronic disease, mental illness, substance abuse, and violence.

One of the more persistent aftereffects of PTSD is an over-stimulated amygdala- which means your brain looks for and perceives threats everywhere.

We survivors look for threats everywhere, and as I’ve come to understand more and more- we generally find what we are looking for. Our brains are constantly assessing for threats, but that doesn’t necessarily mean we avoid them. Don’t we all gravitate toward the familiar?

How many times did I avoid the guy that was “too nice” and pursue the guy who was clearly… not? The truth is, the nice guy wasn’t TOO nice, he was just less inclined to harm me and I honestly had no idea what to do with that. That kind of security made me deeply uneasy. If I did somehow find myself in a relationship with someone like that, I’d sabotage it. I’d hurt him. I’d poison the water.

I was drawn to the guy who’d hurt me or leave me. That was somehow safer. I understood that. That made sense to me. That guy? I couldn’t get enough of that guy. That guy felt like home to me.

If you are mired in shame, if you believe your only value is rooted in your sexuality, if pain and abuse are your baselines, you will find people to validate those beliefs, and they will find you.

“Our study showed that, on a deep level, the bodies of incest victims have trouble distinguishing between danger and safety. This means that the imprint of past trauma does not consist only of distorted perceptions of information coming from the outside; the organism itself also has a problem knowing how to feel safe. The past is impressed not only on their minds, and in misinterpretations of innocuous events… but also on the very core of their beings: in the safety of their bodies.”

I was speaking with a survivor recently and she professed her frustration at the way she finds herself continuously seeking out things she knows will harm her or cause her trouble- alcohol, drugs, anonymous sex, abusive partners… She wondered aloud why, when she has already been harmed, she seems intent on finding people, places, and things that will cause further trauma.

We all think we’re the only ones. We all build story around those behaviors. We tell ourselves what those behaviors mean about us and it is seldom flattering. Or true. We use those adverse behaviors to make a solid case against our inherent goodness or worthiness.

Survivors are such good prosecutors.

One of my favorite readers has the user-name moth2flame.  She told me that like a moth drawn to a lit candle, she comes back time and time again to this blog even though reading my posts causes her pain by stirring up memories of her trauma. I countered that perhaps it’s really that she is drawn to the light for survival- like a sunflower.

I wonder if we aren’t both right.

It’s interesting. Mary and I use the analogy of sunflowers because so dogged is their insistence on survival that they track the sun throughout the day, physically moving, actively seeking the light. Other flowers remain passive, assuming the sun will come back around the next morning.  Survivors don’t count on much- they seldom assume help is coming.

In many ways, survivors of sexual abuse seem to seek the dark over and over again. We’re drawn to that which is harmful and dangerous. Now, to most people that doesn’t really seem like someone trying to survive, but I get it.  I think when we are afraid to sit still for THE pain, the original wound, we seek the smaller, voluntary, seemingly more manageable pains. The ones we’re sure we can control, right up until we cannot. We over-eat, we starve, we shop, we rage, we weaponize sex and work and exercise.

I’ve had several people reach out to me lately about self-harm. People seeking help, information- trying to understand why someone would do such a thing.

In the book, Dr van der Kolk relates having been summoned to stitch up a young woman on three consecutive nights after she’d cut herself. He said,

“She told me, somewhat triumphantly, that cutting herself made her feel much better.  Ever since then I’d asked myself why.  Why do some people deal with being upset by playing three sets of tennis or drinking a stiff martini, while others carve their arms with razor blades?”

I have to say, it makes perfect sense to me. It’s desperate and dangerous, but I get it. And isn’t it ALL self-harm, in the end? Even the prettied up stuff?Even the perfectionism and the hustle? I battled anorexia during times in my life when everything felt terrifying. I might not have been able to control any of the things that were happening to me, but I could live on two pieces of turkey a day. Well, two pieces of turkey and a lot of wine. If that’s not self-harm, I don’t know what is.

The good news is that the brain is quite resilient- meaning that you can re-train your brain. There is no one pathway to healing, but there are many approaches that work for people. Therapy (CBT, EMDR), yoga, meditation, tapping, neurofeedback, hypnosis, reflexology, medication, prayer… for most of us, it’s not one thing.

It’s important to remember that even as we are drawn to potentially harmful things, we are called survivors for a reason- because we have somehow, someway, found a way to endure. We have insisted on our place in this world. We are strong and resilient and seeking. Always seeking.

Did you know there are also moonflowers? They only bloom in the dark. They’re these beautiful, luminous white flowers that seem to glow in the night and have the sweetest smell. And wouldn’t you know it- what do they attract? Do you know what seeks them out in the darkness?

Moths do. Of course. Moths do. Those mysterious, fluttery, seemingly delicate creatures that come out at night hone in on these nocturnal flowers.  The moths ensure their continued survival by seeking out the beauty that is only found in the dark.