You are so busy being you that you have no idea how utterly unprecedented you are. 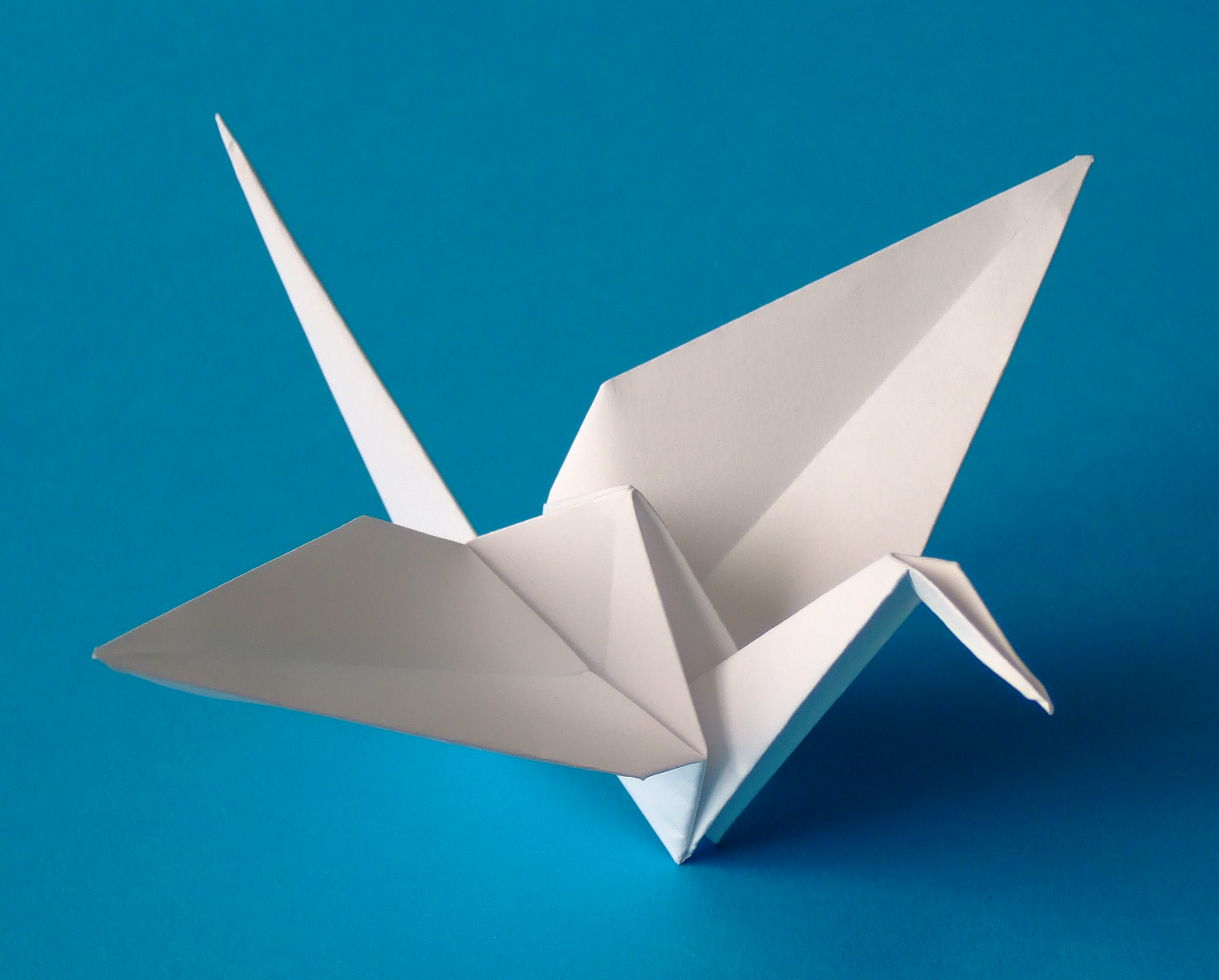 Origami is the Japanese art of folding paper into decorative shapes and figures. My daughter was really into it for a while. I bought a ton of that expensive, beautiful paper. We ordered how-to books. She spent hours carefully trying to make cranes, and frogs, and stars.

When I think about it, most women I know are, at some point during their lives, masters in the art of origami.

We fold in on ourselves, make our edges more appealing. More decorative. We mold ourselves into pretty little shapes.

We take what is big and wide and open, and methodically make ourselves smaller.

Origami paper is usually only printed or colored on one side. Most people fold it in such a way that the pattern is primarily what shows and the flat, white side is mostly on the interior. The flat white side that isn’t easily defined and isn’t there for anyone’s entertainment. The blank canvas side. The side that could be ANYTHING.  The side that is rampant with possibility.

We carefully tuck that side away.

Take the sharp corners of your anger and fold them down, little girl.  Take the corners that are your truth and make them a wing or a petal. Something pleasing. That corner over there- the daring idea? Let’s bend that down.  There. That’s better.

Take the broad expanse of who you are and meticulously crease and turn until you are a smaller, less inscrutable version of yourself. Put the dots close together for the world.  Tell them you are a swan or a lotus flower.

Show only your gilded, patterned side, manipulated into something acceptable.  Don’t let them see the work, though.  That’s not attractive.  Just the finished project.

There.  Now you’re just exactly right.  Now you are ready to be admired.

That was me.  For a lot of my life, that was me. The origami girl. The child who folded under the weight of her father’s anger. The corporate wife who knew better than to have an opinion in public. Who listened to so much ignorant horseshit at so many company events and said nary a word. The woman who yearned to write and create, but baked cookies instead. Damned good cookies. And I loved baking cookies- still do. I wanted more though, but I was too afraid to say it.  Too afraid to fail or be thought ridiculous.  Too afraid to make someone angry.

That’s entirely on me.

I may have known that’s what people wanted from me. My bending may have pleased some people and some may have benefited because I chose to fold- but I did CHOOSE it. We always CHOOSE it. I decided that I wasn’t enough or that I was too much.  Me.

I think that’s why I fell so in love with that John Legend song, All of Me.

All your curves and all your edges, all your perfect imperfections.

I have edges now.  Well, I always had them- I just own them now.  Some of them are sharp. Some are jagged. Some aren’t pretty, but I like to think they’re beautiful.  They’re real, anyway.  And I now have someone who knows them and loves me not despite them but because of them. I’m not talking about my Favorite, y’all- although that’s certainly true, too.  I’m talking about ME.

The year my marriage died, I folded furiously. I made myself tiny. The smallest possible version of myself.  Maybe if I fold here… Maybe if I remove THIS edge…

The three years that followed were about opening up.  Unfolding.  Probably the next few as well.

All those years of manipulating myself into what I thought other people wanted me to be have left their mark.  I am no longer an unblemished piece of beautiful paper.  I’m creased and (sigh) wrinkled. Scarred, even. But when I look at the woman in the mirror for the first time I recognize her.

I still have so much to do in terms of working on myself. Seriously. But it’s the right work, finally.  I’m still becoming, changing, but now it’s on my terms.  You can too, friends. You can choose when and where to bend, or not.  Whether you are willing to fold.

You get to decide whether you remain content being a decoration or you insist on being a work of art.  They are not the same thing, you know.  We settle for being decorative objects rather than original works of art because art is inconvenient.

Art CAN be beautiful but that’s not necessarily its goal.  It challenges people and makes them uncomfortable. Art makes them think.