On the girl’s brown legs there were many small white scars. I was thinking, do those scars cover the whole of you, like the stars and the moons on your dress? I thought that would be pretty too, and I ask you right here please to agree with me that a scar is never ugly. That is what the scar makers want us to think. But you and I, we must make an agreement to defy them. We must see all scars as beauty. Okay? This will be our secret. Because take it from me, a scar does not form on the dying. A scar means, I survived.

I’ve probably seen that movie ten times, and that scene always affects me the same way. Part of the reason, of course, is that it is a beautifully written, gorgeously acted scene. I’m sure most people watching it are moved.

I’m not moved.  I just recognize the terrain.

There is a chasm between the brain and the heart, a chasm so deep, so wide, so profound, that for some it is impossible to traverse. The brain can know something is logically, unimpeachably true, and the heart may never accept it.  It’s the difference between facts and feelings, knowing and believing.

That’s something that, until recently, I’d never said out loud. Survivor, that is. I’ve said I was sexually abused. I’ve said I was a victim of abuse. I’ve become more and more open about it in the last few years.  Never used the word survivor, though- not even when it became the empowered thing to say. Not even when OPRAH said it.

I think that is because for much of the more than three and a half decades since it happened I knew the jury was still out on whether or not I would survive it.

I was a little girl.  He was a grown man.

The thing about shame is that it doesn’t so much live in your brain, as it inhabits your heart. It is a parasite that takes up lodging in your soul. I have been host to my shame for so long that it is hard to imagine my life without it. Shame was always my baseline. Shame has always felt a lot like home to me.

What’s so deeply insidious about that particular type of abuse is that it fundamentally changes how a child feels about who they are, how they see the world, and how they believe the world sees them.

I used to think everyone knew.  In fact, I used to think they could smell it on me.  Literally. I was obviously bad. I was the type of girl boys wanted, but not for their girlfriend. I never thought I was beautiful, but I always knew I had that thing- whatever it is. That’s another thing about shame- you wear it. Every day. You just assume it’s visible.

I can look back and see how my abuse informed the decisions I made in my life.  The people I chose, the power I gave them.

It’s really just in the past few years that I’ve decided I don’t want to live that way anymore. It’s another way in which the implosion of my marriage was a gift.  You know how on home renovation shows when they are touring a disaster of a house they say need to take it down to the studs?  Total gut job?

Maybe that was me.  Maybe I was a gut job.  I’d been trying to do cosmetic repairs for years.  Prettying up the outside stuff, when really I needed to strip it all away.  That’s what my divorce did for me.  It took away the “perfect” and left me with the mess.  My very own ground zero.

A while back I decided to write my abuser a letter.  He’s dead- passed away years ago. Doesn’t matter- it’s to the version of him that lives within me, anyway.

If I were to list what you stole from me, I would write forever.

I’ve heard other survivors say that their childhood was stolen. I suppose that’s close to being true for me. What you stole was the child within me. I was an ancient ruin before I was ten.

When I look at school pictures after that summer they look like me… almost. It’s as though it’s a very realistic mask of the girl I used to be. But blank. Like a light went out. I turned the corners of my mouth up for the camera, because I was an obedient girl and I knew that’s what was expected of me- but there was no joy. I was guessing at normal.

I was tired. All the time. 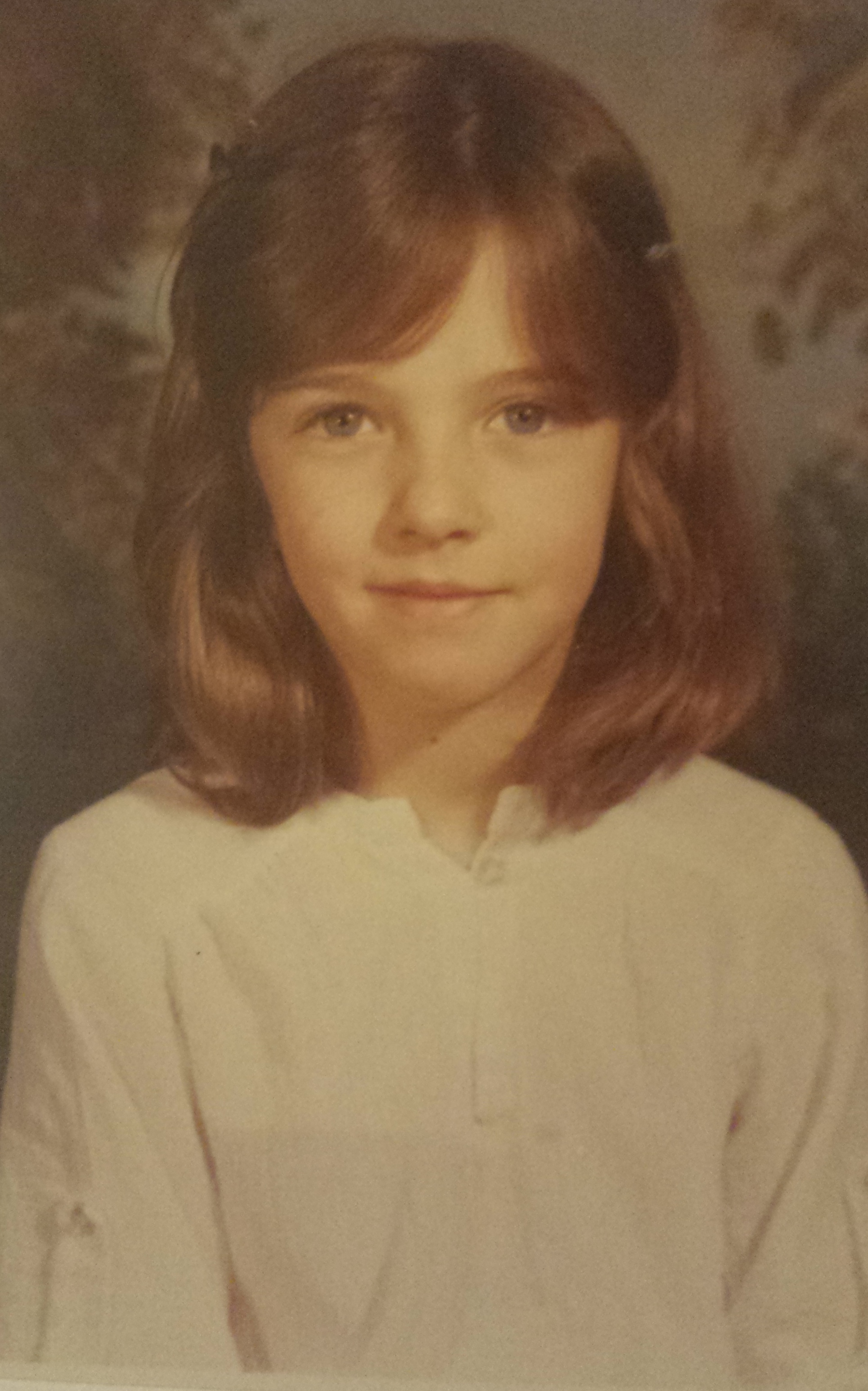 You stole my belief that I was safe in the world. Even in my little world. Once you know what people are capable of- the evil that is possible- you never feel entirely safe again. When someone who is supposed to love you, supposed to protect you, violates your trust and desecrates your body- you feel as though danger lurks everywhere. If you aren’t safe in the cocoon of your own family, you understand that you will never be safe anywhere. Ever.

You took from me my sense of self. I didn’t get the opportunity to form a strong identity before having my sexuality be the way I defined who I was. I don’t remember a time when that wasn’t the way I viewed my worth. I knew that’s where my value lay, because that’s what you taught me. You didn’t hone in on me for my intelligence, or my kindness, or my personality. You wanted to dominate and punish me. To inhabit and destroy me. You taught me to hate my body. I still have not entirely unlearned that lesson, even more than three decades later.

For a long time I carried around so much anger. I disguised it as sarcasm and cleverness, but frequently I was just mean and defensive. I nurtured a small seed of hatred in my heart that bore your name, and it informed the decisions I made, the people I brought into my life, and the person that I was.

I know I cannot have peace or true happiness by continuing to do that. If my focus is on the wounds of the past, I will miss out on the blessings of the future- and I am unwilling to allow that. In order to cast out that darkness, in order to banish that hatred, what I finally realize is that I need to forgive you.

As inconceivable as that seems, I know in my heart it is the only way.

I don’t want to carry these heavy things any more. Without forgiveness, there is no freedom from this. From you. And I want to travel light.

What I know for sure, is that monsters like you are not born, they are carefully crafted. As I am your creation, you were someone’s handiwork as well. Someone stole your light. Someone killed the boy within you, the same way you murdered the girl within me, I am certain of it. You turned it outward, and I tried to destroy myself from within. My continued mistreatment was an inside job.

I mourn for the boy you once were, for your lost innocence. For what you might have been. Nobody, not even you, is all one thing. I am sure you had gifts and talents. I know you came into this world Good. The only thing I remember about you is what you did to me, but I am sure that is not the totality of who you were.

I mourn for your other victims- the ones I know about, and the ones who remain anonymous. My nameless, faceless, shattered sisters.

I am going to do my best to let you go. To have this be one thing that happened to me, a very long time ago. Not the defining thing. Not the totality of who I am and who I hope to become. Just a chapter in the book of my life- perhaps never completely closed, but whose pages I hope to revisit less and less. There is too much happiness ahead of me, there is too much goodness and grace in the world, to spend time reliving such pain.

I refuse to continue to be your host. I will not feed you any more. You own a great deal of my past, but I will give you none of my future.

You cannot have that.

It’s time to sit in the sun. 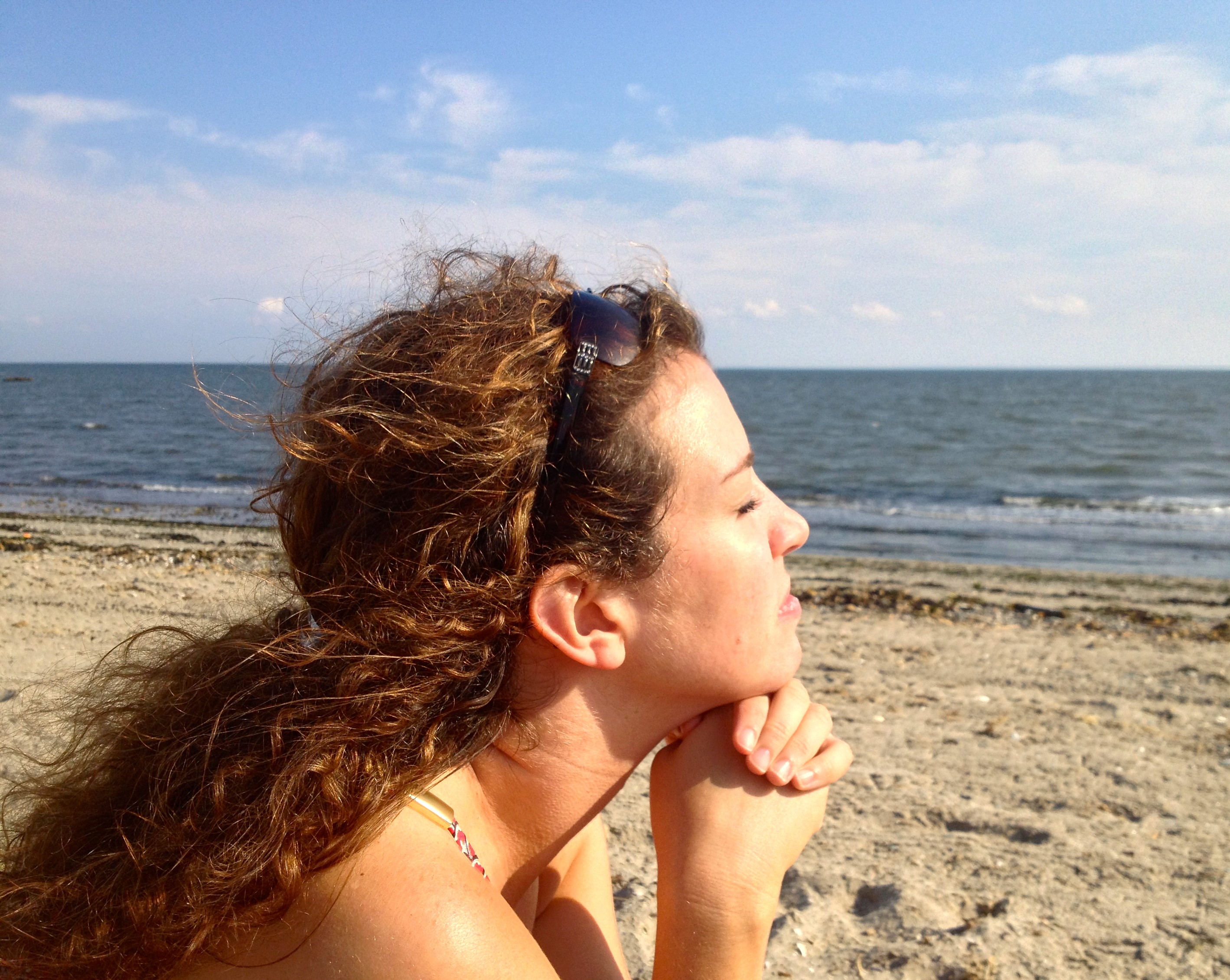