She stood in the storm, and when the wind    did not blow her way she adjusted her sails.

Do you have a word? I do. I have a love affair with words in general- and like many love affairs, it is tempestuous. I have words that I LOVE and words that I HATE. I’ve always had strong reactions to words that sound like what they are. I have a list of words I have deemed unacceptable. Damp, chunk, scamper, panties, scuttle, mucous, canker, and don’t even get me started on the word moist. It actually makes me gag a little. But there are other words I love for that very same reason, like cacophony, stringent, mutinous, elegiac, mellifluous, bombastic and resilience.

I love Elizabeth Edwards. I have from the very first time I heard her speak. She was incredibly smart, wickedly funny, pragmatic and compassionate. If she had been running for president, I’d have voted for her in a heartbeat.

She wasn’t. She was married to a man who was a Vice Presidential nominee and later might even have become a Presidential nominee had his personal misconduct not derailed his campaign. It’s unfortunate, because he is a brilliant man who was talking about issues that no one else was touching at the time, like healthcare and poverty. But, enough about him.

Elizabeth’s book (I like to think she’d want me to call her Elizabeth) Resilience came out in paperback about six months after my marriage started to fall apart. I’d always really liked her and might have bought it anyway but suddenly I felt a kinship with her.

When I read Elizabeth’s book, it was like sitting down with a good girlfriend. She had a very clear voice as a writer – and she wrote the way she spoke. I really relate to that.

Merriam Webster defines resilience as the ability to become strong, healthy, or successful again after something bad happens.

In her typical, no-nonsense fashion, Elizabeth had this to say:

Resilience is accepting your new reality, even if it’s less good than the one you had before.  You can fight it, you can do nothing but scream about what you’ve lost, or you can accept that and try to put together something good.

She’s right, but getting there took me a while. 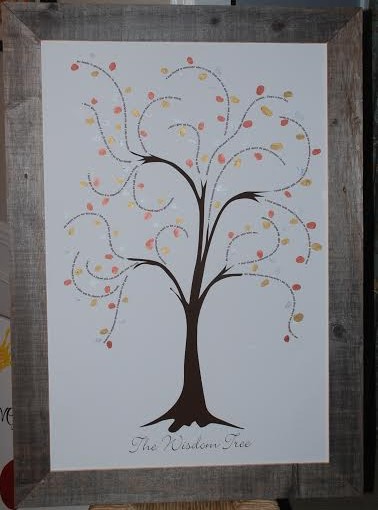 Later that year my younger sister Stephanie gave me an amazing gift – a tattoo consultation. I had been entertaining the thought of getting a tattoo for years but could never settle on the ‘what’ or the ‘where.’ My ex-husband and I had toyed with the idea of getting them for one of our anniversaries- something with each other’s names. Think about THAT averted disaster for half a second… Oy.

When I went into the tattoo parlour, I did not… what’s the word? BLEND. I felt very suburban. And out of place. And also, suburban. I felt like a blank canvas next to all of the extravagantly inked and pierced people sitting in the waiting area. I kept thinking – where are they even going to PUT another tattoo? And also, OUCH!  I felt conspicuous, and alien, and  hopelessly boring.

When I finally went back to consult with my artist, I talked to her about what I wanted and where I wanted it. I showed her what I’d sketched. She let me know that because it was going along the middle of my spine, it would likely be a little painful. And then she smiled and said, I have to ask- what’s the significance? There is obviously a story here. And then – because I am super cool – I burst out crying. Full on ugly cry, shoulders heaving, nose running. Awesome.

The only words I managed to get out were, It’s just been a really hard year.

She was so lovely to me. She sat down next to me and put her arm around me. She assured me that this happened all the time. She said that many times, people get tattoos- particularly a FIRST tattoo- at a major crossroads in their life (cue me crying harder.) She said that there are events in life that are so big, that cause such a shift in us, that we feel driven to mark the occasion. Literally. And that it is a powerful ritual.

She told me she’d make a stencil and that I could come back and if I liked it and hadn’t changed my mind that we would go ahead.  I came back the next week.  The stencil looked exactly like my doodles- only better.  I was sure. 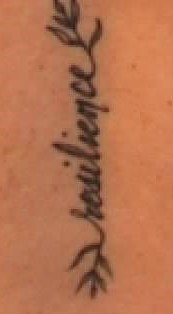 When she put the stencil on my back, she wasn’t satisfied.  She said, It’s a little off.  It won’t be perfect.

I actually got my tattoo a while before everything was final, but I think of it in terms of my divorce the same way I thought of my wedding ring in relation to my marriage.  It is a symbol, a talisman, a reminder.

As much as my ring served to remind me of the vows I had taken, my tattoo reminds me that I am resilient. That I, like the branches of a willow, can be tested by the storm surrounding me, and remain intact. I can bend without breaking. I can survive.  And continue to grow.