“You cannot stop the waves,

but you can learn to surf.” 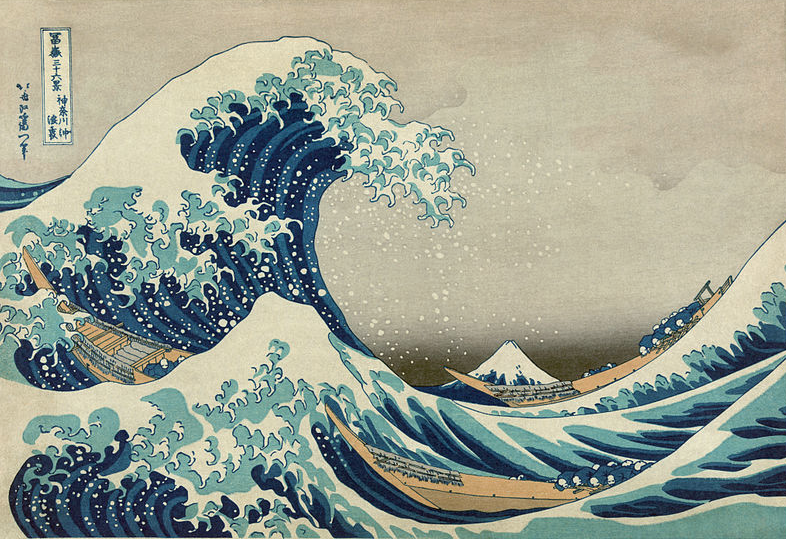 There’s a condition called congenital analgesia.  It’s really rare, and it basically means you are born without the ability to feel physical pain.  At first blush, that might sound great.  It’s not.  It’s actually incredibly dangerous because while pain is awful, it is GREAT INFORMATION.  Pain is important, life-saving data.  It tells you something is wrong.  You need help.  You need to explore something.  You’re being harmed.  You’re unwell.

It’s the same thing with emotional pain.  It’s a hint that perhaps someone or something has harmed you, that you’ve brushed up against some open wound, there’s some trauma you’ve not yet healed, there’s something long ignored that is pleading to be examined.

I’ve been dealing with a bit of both.  Physical pain, emotional pain.  I’m trying to suss out where the real pain ends and the voluntary pain begins.

To that end, I had my third reflexology appointment today.

I like my practitioner a lot, even though there’s a fair to middlin’ chance she’s Satan’s handmaiden.  She was happy to hear what a difference our last appointment made and began the session.  It was different this time because I knew what was coming.  The pain took me by surprise the first time.  Now, I like surprises when they involve white twinkle lights, giraffes, someone bringing me Starbucks… but excruciating pain?  Notsomuch.  I wondered if it would be less intense now that I’d already had it done twice.

It was decidedly not.  I was prepared for it, though.  I willed myself not to tense up.  I began my measured breathing before she started and focused on that. I tried to keep my hands and feet relaxed.

I’ve always been able to handle physical pain.  A gift born of trauma, I suppose.  I could always escape into my head.

During my second pregnancy, I remember the midwife at my birthing class saying, “You can’t fight the pain.  Well, you CAN, if you want to sign up for MORE pain.”

It’s so counter-intuitive.  Our human instinct is to resist pain- we’re inclined to tense up, run, or numb.

I was only twenty-one when I had my first child.  I’m sure my midwife THAT time said something similar, but I was younger, single, freaked out, and perhaps a smidge less teachable?  My contractions were never much farther apart than five minutes and I was in labor for twenty-five and a half hours.  As soon as one contraction ended I tensed up in preparation for the next one, thereby ensuring it would be more painful.  I was determined to get through without pain meds, though, and I did.  My refusal to participate in voluntary suffering is a somewhat recent development.

Child number two was born seven years later.   That time around, I remembered what my midwife taught me.   During contractions, while I breathed I would let myself feel the pain, settle into it, and really THINK about it.  When you focus on the breathing that way, it almost makes the pain abstract.  It becomes a thing outside of you.  I wrapped my mind around the tightening, piercing contractions.  I envisioned holding the pain, turning it around in my hands, examining it.  I asked myself, “Can I live through THIS pain, RIGHT now, for ONE minute.”

Let me tell you, you can get through a minute of just about anything if you’re willing to accept it.  Relax into the pain and coast.  The wave of pain comes and instead of paddling against it, you ride.

Minutes add up over time.  That labor was just under eight hours and kiddo #2 weighed in at 10 lbs 10 oz.  Still no meds, but much less traumatic.  I didn’t believe the nurse when she came in to tell me the birth weight.  How was that birth easier than my 7 lb first baby?

Damn it all if surrender and acceptance aren’t almost always the answer to all of the things.  I find it to be a hugely annoying truth… that I accept. (seewhatididthere?)

I’ve could never manage that with emotional pain, though.  There was no escaping into my head because my mind was the battle’s front line- so  I turned running and numbing and hustling into an art form. I was always rushing toward the voluntary pain to avoid the one I was afraid to feel.  I drank, I starved, I shopped, I cleaned, I volunteered, I snarked… Run, run, run.  Numb, numb, numb.  It probably seems weird to count pain as anesthesia. I mean, to normal people.  Whoever they are.

I would stay in untenable situations because it was familiar pain.  Comfortable pain, if you will.

Nowadays, when I find myself in emotionally painful situations I find myself getting curious about the pain.  I follow it.  I consciously still myself.  Quiet my mind.  I pick up the pain and I turn it around in my hands.  I examine it.  Is this unavoidable pain? Voluntary? Self-inflicted?

I had a massage appointment last week.  I hadn’t been in a while, but school started back up and between Favorite and I we have three kids in three different schools in three different cities.  He’s been traveling a lot, and so on our days with his boys I have been spending a LOT of time behind the wheel which isn’t great for anyone with back trouble.

Anyway, at one point during my session, I winced, and she asked, “How is that pressure?”  “I can handle it.”  I said.

She got very still and then said,

“You know, just because you can withstand a certain level of pain doesn’t mean you HAVE to endure it.”

That’s such a thing with trauma survivors- just accepting pain as your normal.  The mindset that because you CAN live with it means that you should or must.  I think it’s what keeps so many of us from doing the work.  If your baseline since childhood has been pain that can feel a lot like home to you.  I have had so many survivors say to me, “It’s fine.  I’m fine.  I’ve lived with it this long.  I’ve accepted it.  The only one it affects is me.”

I firmly believe accepting the facts of your abuse is part of the healing process.  Fighting the facts of our history is never time well spent because facts are not negotiable. Accepting a lifetime of continued pain around your abuse is another matter entirely. And no one’s trauma exists in a vacuum.  There is always collateral damage to those who love us, in one form or another.

It’s so tricky sometimes, isn’t it?  I know I need to sit still for pain or follow pain and see where it leads me- but I ALSO know I don’t need to sit down in it and live there.  I don’t need to hang curtains and put down throw rugs.  I don’t need to make my pain cozy. If pain is there to teach me something, and I believe it is, then my interaction with it needs to be intentional.  I need to lean in with the intention to learn, let the pain take me where it needs to, and then I need to move on.  Any pain I refuse to learn from will keep coming back, again and again.

People put off doing work around their trauma because they are afraid of the pain, but if that trauma goes untreated you will be in pain anyway- and it will be a pointless pain. Pain for pain’s sake.

If you stand still and let the pain wash over you, let it take you where it’s going, you will eventually get to shore.  This I know.