“Do you know, Watson,” said he, “that it is one of the curses of a mind with a turn like mine that I must look at everything with reference to my own special subject. You look at these scattered houses, and you are impressed by their beauty. I look at them, and the only thought which comes to me is a feeling of their isolation and of the impunity with which crime may be committed there.” 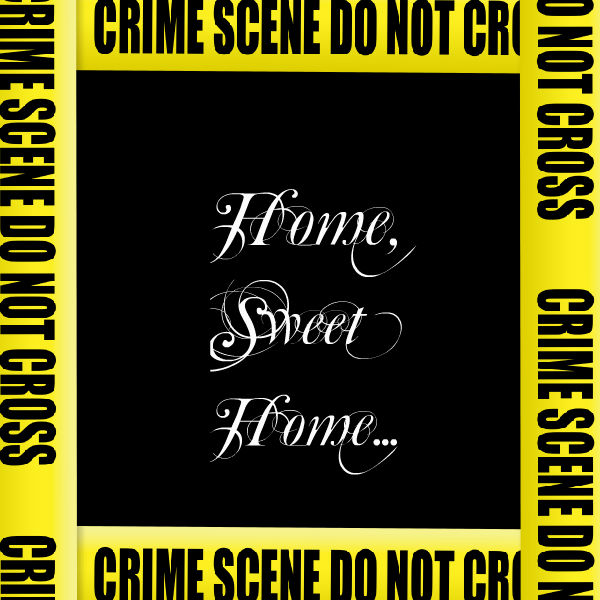 The older girls tended to stay at home- they read, wrote, and played their flutes.  We younger girls…did not.  We tended to build fortresses in the woods, climb trees, rescue critters, explore cranberry bogs and spend days at the pond which was a few minutes walk from their house.  We also re-enacted Grease 2 on the front lawn every night for almost an entire summer.  Yes, you read that correctly.  Grease 2.  Because… Adrian Zmed.  I know.  It surpasses understanding.

Anyway, we were basically feral.

We had a stretch one summer where we would get up while it was still dark. Unbeknownst to the adults, we would sneak out of their little grey shingled house.  The three of us would put on our bathing suits and run up the street with its pavement embedded with rocks that would have hurt normal people. By that point in summer, though, we’d not worn proper shoes for a month and had hooves for feet.  Our intention was always to swim before sun-up, when the normally copper tinged pond water lay still and flat, like onyx, and the daytime cacophony of children laughing and adults admonishing gave way to a chorus of crickets and tree frogs, and a splash which would go unnoticed later in the day would seem deafeningly loud.

Our filthy feet would fly, the piney sap from the carpet of fallen needles leaving them black and sticky.  We barely needed our eyes to adjust to the dark.  We’d traversed that well-worn trail so many times- we ran, guided by memory- avoid the ditch there, hop the fallen log there.  We were giddy with the knowledge we were outlaws.  No one knew where we were or what we were doing.  We didn’t have a lot of rules growing up, but we were breaking most of them.

Toward the end of the path, off to the left in a  little copse of trees, there was a campsite. As my younger sister would say, it was super “sketchola.”  Some of the people staying there were undoubtedly families doing family things, the majority were most assuredly not.

Any thinking person would give the place wide berth even in daylight, and rightfully so.

We would sing songs (I vaguely remember the Smurf theme being one of them.  I so wish I was kidding about that.) half-hoping to wake up some of the older boys we’d seen during the day.  Okay, TOTALLY hoping to wake them.  What would have come of our success, we’ll never know.  Thank God

I think the other two might have been nervous though I can’t say for sure.  I wasn’t afraid. Not there in the dark, courting disaster.

Around the same age, maybe a little older, I discovered hitchhiking.  A few times I was picked up by men, sometimes with a friend, sometimes not.  I knew on some level it wasn’t smart, but I wasn’t worried.  When I was in college, I lived and worked in a very dangerous neighborhood and walked home by myself at night all the time, unfazed.

It wasn’t bravery, though.  It was more like I desperately needed my fear barometer to be recalibrated.

As a kid, I battled insomnia frequently.  Everyone else in the house would fall asleep, and, seemingly safe in my own bed, I would be paralyzed.  Afraid to walk in front of windows, catastrophizing every little noise I heard.  I had all manner of irrational fears. One of the main ones was that I would be killed by the mafia.

I’d been expressly forbidden to read The Godfather.  Which naturally meant I promptly read The Godfather, by flashlight, in the garage.  I was twelve, and genuinely scared of hitmen murdering me in my own home.  In suburban Massachusetts.  I mean, not JUST mafia hitmen, obviously.  That would be silly.  Garden variety murderers, too.  I would stay up all night in stark terror, only falling asleep when the sky began to lighten.

No one ever hurt me in some seemingly dangerous places or situations, but I had very bad things happen to me in what should have been the safe cocoon of my family.

I have a friend who has been going through some traumatic stuff lately. People are encouraging, even insisting that she go home to stay with her mother in the house where she grew up. Makes perfect sense- when life knocks you down you go home. It seems like the most logical thing, the safest thing, the sanest thing.  Well, it seems that way to people who don’t get it.

People are frustrated that she doesn’t want to go home and sleep in the very bed where she was violated.

If you are raped by a stranger in an alley, no one expects you to go back there, set up a recliner and a lamp and read the Sunday paper with your attacker.  Unless it’s your father, or your uncle, or your brother.

Home isn’t just a structure, it’s a concept.  For most people it is their soft place to fall, their safe haven.  Not so, for survivors of incest.  The very IDEA of home gets compromised.  When your abuser is family, and so are his or her co-conspirators or accessories after the fact, there can’t be a happy homecoming.  Not really.  But we’re expected to go home, anyway.  People are asking us to pass the gravy at Thanksgiving, and we can’t stop looking at the chalk outline of our childhood on the floor, the blood stains on the walls. The crime scene tape across our bedroom doors.

People who are not survivors of sexual abuse have God-given fear instincts that kick in when they find themselves in inherently dangerous situations.  So do survivors.  It’s just our dangerous places are often disguised by picket fences, our war zones are decorated with family photos.

It’s what makes incest so profoundly complicated.  People involved love both parties. They love the victim AND the perpetrator.  They ‘don’t want to choose.’  The whole ‘not choosing’ thing?  That’s a choice, y’all.  It is always, always a choice in favor of the abuser, and THAT is a bell you cannot unring.  That’s what can make it, in the end, impossible to ever really go home again.