Art is the lie that enables us to realize the truth.

Last year I went to an art museum by myself for the very first time.  I’d been as a kid.  I’d been on field trips as both a student and then a chaperone.  I’d been with friends and countless times with my children.  Never alone, though.

Obviously, when you do something like that with kids your experience is secondary to theirs.  They typically do not have the attention span to spend too long looking at any one piece, and having a child tug on you and whine will tend to take away from your ability to lose yourself in a work of art, no matter how amazing it is.

My first solo experience was at the Seattle Art Museum.  It’s a good museum. Having grown up with Boston’s exquisite Museum of Fine Arts, the bar is admittedly really high. They do get some great exhibits passing through (most notably the stunning Picasso exhibit a few years ago) and they have some beautiful indigenous artwork exhibits.

On that particular day, the traveling exhibit was The European Masters- Rembrandt in particular.  I’ll be honest, Rembrandt is one of those artists that just kind of doesn’t do it for me.  His work is something I admire rather than love.  He doesn’t move me, with the exception of his gorgeous Portrait of the Artist. 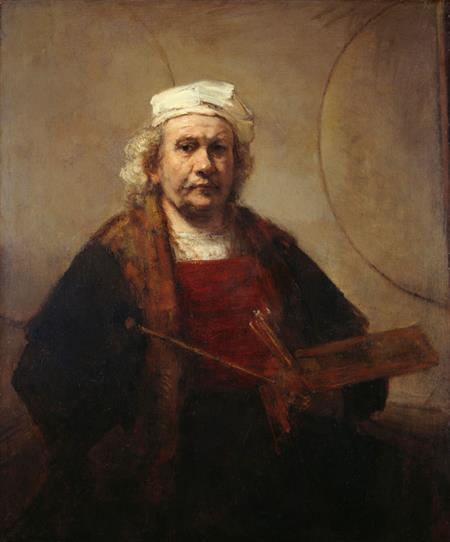 Most of the paintings in the exhibit left me pretty cold.  I can only look at so many extravagantly dressed women holding fans, looking bored, leaning (somewhat inexplicably) on crumbling Greek columns before I start to feel a little stabby.  We all have our things.

I admire the technique, the use of color- I acknowledge the prodigious SKILL.  It just doesn’t move me, and I want to be moved by art.  I want to feel something.  I don’t care if it is beautiful.  I don’t need to “understand” it.  I want art to stop me in my tracks, to make me think, to change me in some way.

I breezed through the exhibit fairly quickly, pausing only for a moment or two in front of each painting. I decided to head downstairs and find one of my favorite pieces in the SAM permanent collection- a piece called Buzzards Bay by Helen Frankenthaler.

On my way back downstairs I walked through an exhibit featuring chiaroscuro works. Chiaroscuro is a style of painting, popular during the Renaissance, that is characterized by extremely dramatic use of light and shadow.  It is the Lifetime movie of art styles. 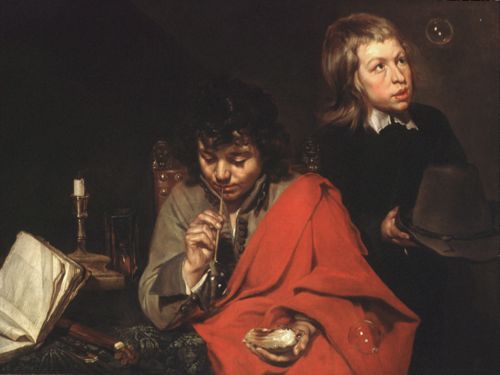 In one small room there was a painting of two boys blowing bubbles by candlelight.  The way you do.  Beautiful technique, but not something that would normally draw my attention.

That’s when the magic happens, you know.  It’s not on the canvas.  It’s not in the artist’s hands, or on his or her brush.  It doesn’t happen in the studio, and it is not contained in a gilded frame on a museum wall.

It happens on the bench.

It’s that moment, when the artist’s gift and the viewer’s life experience and state of mind collide.  You and I never look at the same painting, even if we are standing right next to one another. 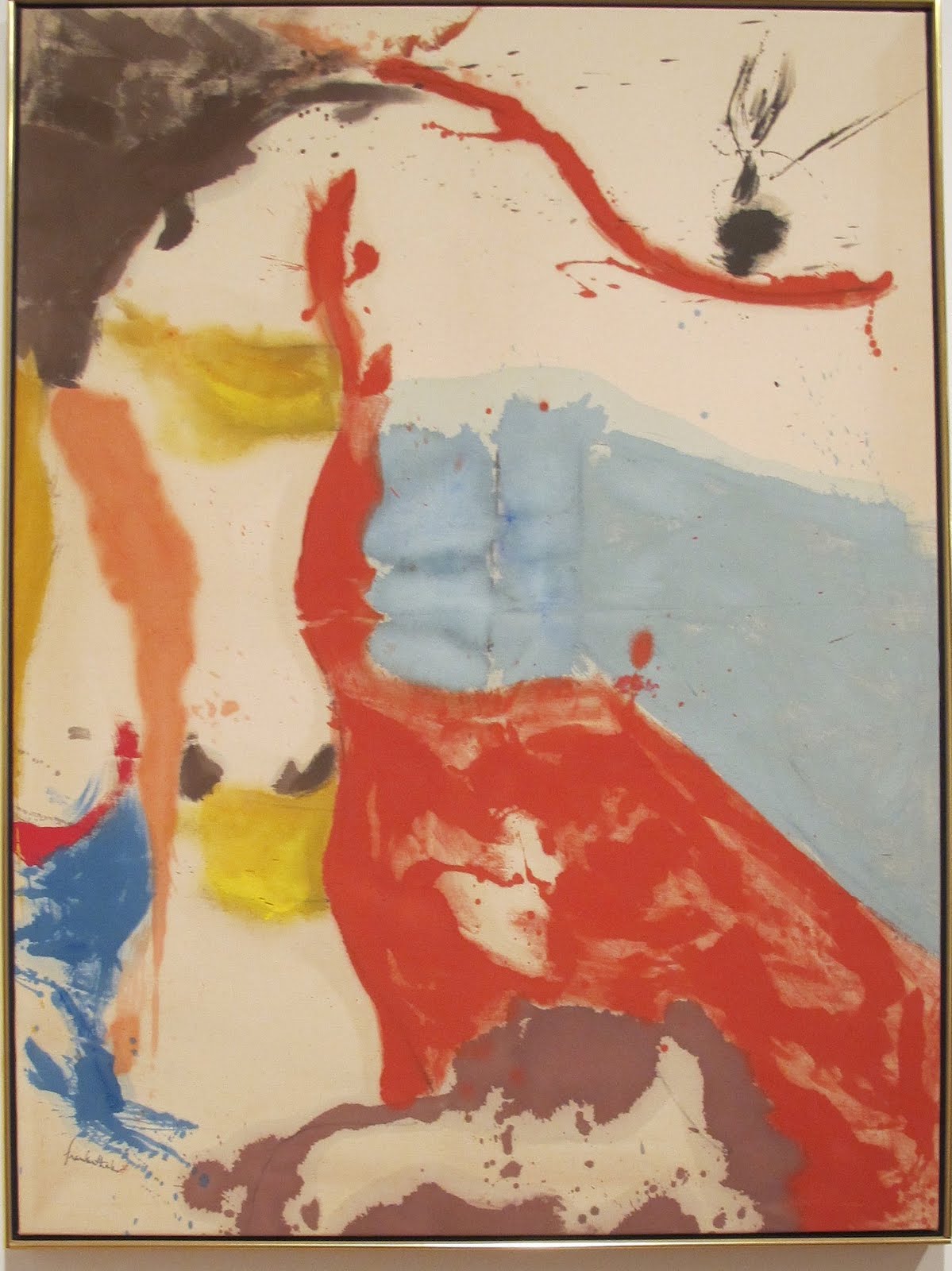 When I finally made it downstairs, I sat on a bench in front of my painting for about a half an hour.  I can’t tell you what Frankenthaler’s inspiration or intention was. I’m honestly not sure why I find it so compelling- but that’s the beauty of it, I don’t *have* to know why.  I love it. I just DO.   As I am fond of saying to my students, there are no wrong answers- it’s art, not math.

A few months later I was at Church, and by Church I mean the MFA in Boston.  BY MYSELF.  I was in the contemporary wing and came across this painting.

That photograph doesn’t do it justice.  It spanned nearly the entire length of the room that housed it.  Standing there looking at it, I felt every hair on the back of my neck rise.  I don’t know how long I stood, rooted in place, staring at it.  Eventually, I stepped closer and read the placard on the wall next to it.

The artist’s name is Annette Lemieux, the painting’s title is Pacing.  She created the piece by walking back and forth across the canvas with black paint on her feet. 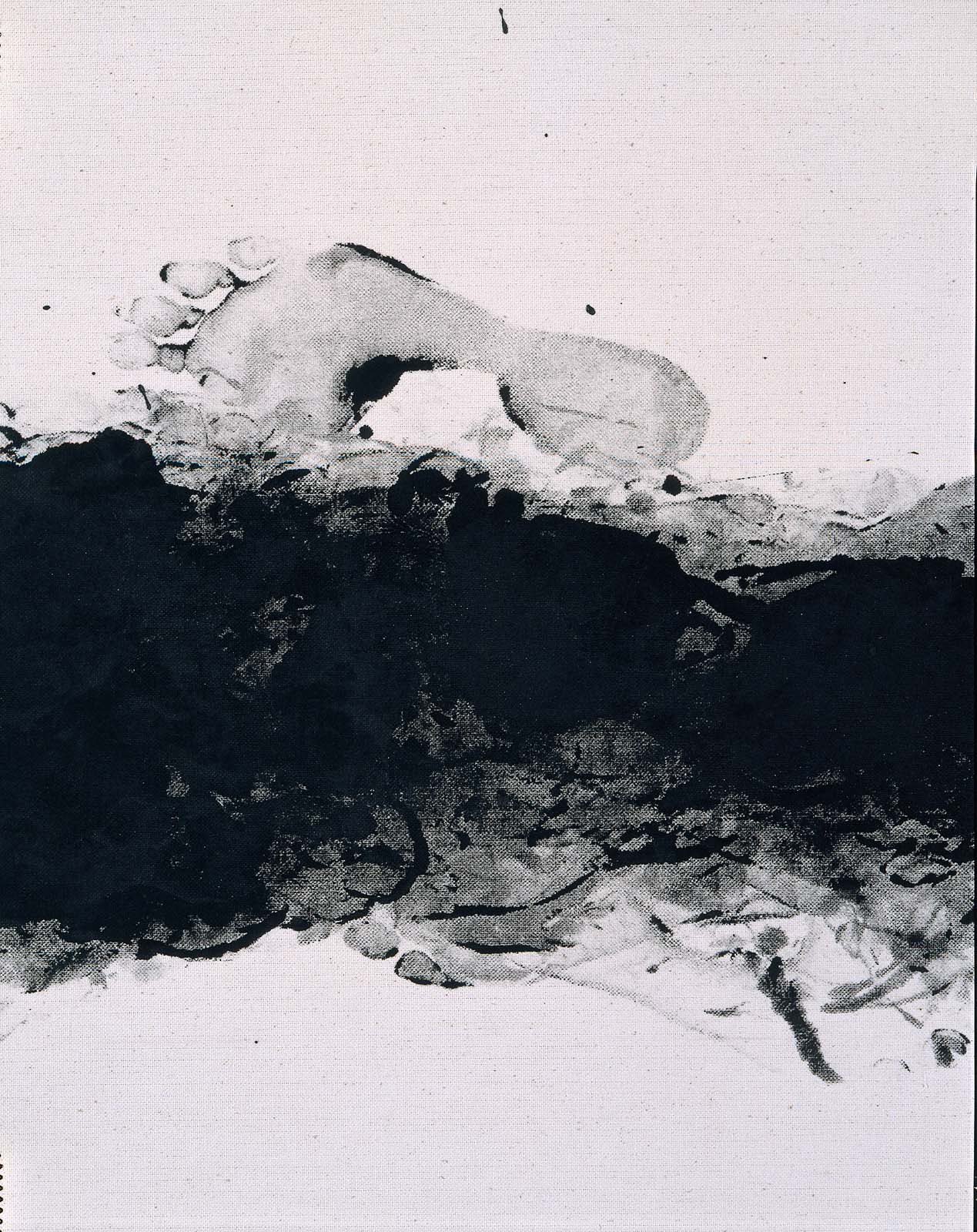 I could try for a thousand years to capture the last year of my marriage on canvas and not  do a better job than this.  It had such dark energy.  It made me so anxious just looking at it that I started to sweat.  And all around me people walked by, most pausing only for a moment or two before moving on.  We were not looking at the same painting, those people and I.

If there had been a bench, I’d have sat down and wept.

Art and life are subjective. Not everybody’s gonna dig what I dig, but I reserve the right to dig it.