“If it takes a village to raise a child,

it takes a village to abuse one.

That’s the truth of it.” 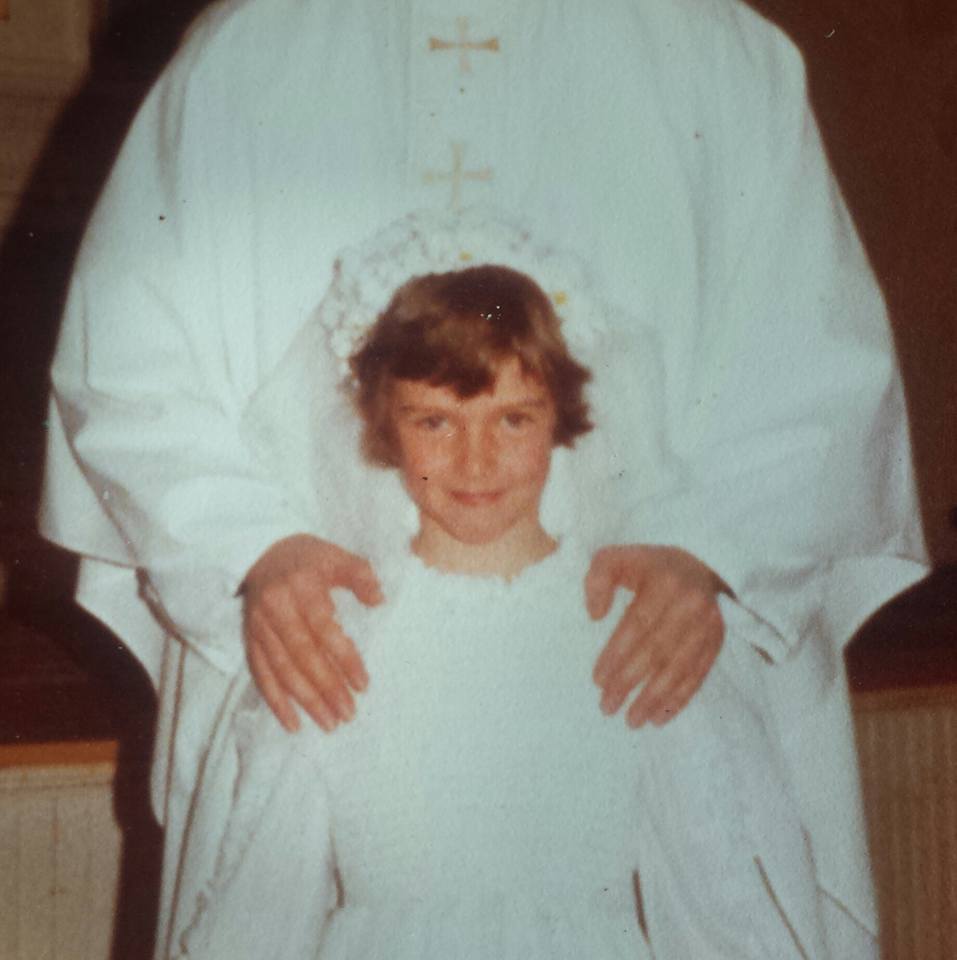 Ever since Spotlight came out people have been asking me if I’ve seen it, when I would see it, and what I thought about it.  I finally had time to go the other night.  The theater was more crowded than I would have expected, which is great.  It’s a story that needs to be told.

I thought it was really well done.  I appreciated that it wasn’t overly dramatized- the story is compelling enough, it didn’t need nonsense added.  If the Titanic is going down, you don’t need a villain with a gun- let the boat sink and tell us about it.

Having grown up just south of Boston, in an overwhelmingly Catholic town, having had a maternal grandmother who was extremely devout, having loved my church when I was little and known the power a parish priest can wield, very little about the movie shocked me.   Having been a victim of child sexual abuse, having had it swept under the rug so that my abuser could and did go on to prey on other children, it felt, in a word, familiar. Familial, even.

My experience writ large, with an added layer of spiritual betrayal.

I spent most of the movie with the turtleneck of my sweater pulled up over my mouth and nose, which is something I do not typically do, but something I remember doing a lot as a kid.  I also got home and realized my mouth was bleeding. I’d been chewing the inside of my cheek- something I’d forgotten about but did frequently in childhood when I was stressed, which was most of the time.

My stomach hurt, my head hurt.  I very much wanted to break something.

As a young adult, I had a conversation with my grandmother about the clergy abuse before the scandal loomed large- when it was still just whispers, rumor, and a lawsuit here, a lawsuit there.  One or two rogue priests in the news.  She said something to the effect that she guessed those priests must be gay, because the incidents involved little boys.  She wasn’t trying to be hateful or unkind, she was a product of her upbringing and her generation and she was trying to make sense of something she couldn’t understand, something evil within the church she loved.

I knew that even then, but I still found myself getting angry. “So the priests molesting girls are just regular, heterosexual guys?”  It took her aback, first because she likely hadn’t thought about it that way, and second because it was the only time in my life I ever spoke to her with an edge in my voice.  She looked at me, her granddaughter who she adored and she knew had been abused and said, “No.  No, of course not.” and patted my hand.

I knew I was causing her pain by refusing to let it be a comfortable answer for her, one that made sense to her given her parochial view of the world.  It was the only time in my life I intentionally hurt her, but I couldn’t let it go unchallenged.  Other members of my family fell away from the Catholic Church, if not their faith, so enraged and disillusioned were they by the Church’s misdeeds.  She never did, though.  She continued to be a faithful member of the church that she’d loved her whole life, since she was a child in rural Ireland.

When my children were born I could not bring myself to have them baptized in the Catholic Church.  I didn’t trust it with my babies.  It took a huge toll on my faith in general.  I still believed in God, but I no longer had faith in Him.  I couldn’t understand how a loving God could allow such a thing to happen, how He could allow men who purported to be a conduit to Him manipulate and abuse that power in such an insidious and dark way.

The kind of blind loyalty and unquestioning faith my grandmother had is what makes the betrayal so completely, unutterably devastating. When your abuser and his or her enablers are people and institutions you should be able to trust implicitly, it shakes the very foundation upon which your life is built. Because just walking away, pressing charges, letting the chips fall where they may is so much more difficult when victim, abuser and abettors are all part of the same intimate group, whether it be a church or a family.

Listen, I get it.  It is painful and messy and complicated.  It’s why when we talk about sexual abuse with kids we prefer to stick to Stranger Danger.  It’s so much more comfortable and it doesn’t screw up Christmas and catechism.  We would so prefer it to be the creep in the park because that’s infinitely more comfortable than it being Grampa or Father Geoghan.

Tough. The fact is that stranger abuse accounts for less than 10% of cases where children are victimized, and as John Adams famously said, “Facts are stubborn things.”

When the Duggar scandal broke I wrote about this.  About how when these things happen, many families go from being people bonded by love and/or DNA to being criminal enterprises.  About how sexual abuse should be handled in court, not “in house.”

The notion that it takes a village to raise a child is an ancient one, and I believe it is true. We are meant to live in community, within the realm of family, faith, and society.  Those bonds are powerful, and when they are betrayed the effects are profound and devastating.

We depend on our families, our teachers, our leaders, our neighbors and our clergy.  When there is a tear in that safety net, things fall through.  People are lost.  That can happen when everyone involved is acting with the best of intentions.

What happened in the Boston archdiocese, and in faith communities around the world, and is happening in families EVERYWHERE is something different.  I believe the notion that it takes a village to abuse a child is true as well.  I would be willing to bet the cases where no one suspects a thing, where there isn’t anyone who knows what is going on or notices something is amiss are few and far between- particularly when there are multiple victims.

There’s a reference in the movie to members of the church hierarchy being “Good Germans.”  One character basically says, “Oh, we don’t want to go THERE.”  No, I bet they didn’t, but it is an apt comparison.

If you suspect a child is being hurt but choose not to get involved because it’s awkward or you cannot be bothered, you are complicit.  If you cover up, or continue to allow a predator access to children once you know something, you are involved.  You are aiding and abetting a crime.  If you facilitate that contact, you are no better than a pimp.  If you tell a victim to hush or fail to report an abuser and that person goes on to hurt more children, you have that on your soul.  You have blood on your hands.

When we choose an institution, whether it be a church or a family, over the well-being of a child it is loyalty misplaced. Silence in the face of abuse is a decision.  An action.  And actions have consequences. Institutions, even churches, are man-made. Every child is a beloved child of God.  Period.  And when men of the cloth prioritize the reputation of their church over the safety of innocents they become a member of organized crime.  Literally.

Blood may be thicker than water, but fealty should never be stronger than faith. Telling a victim to be quiet is, in itself, an act of abuse.

My cousin Mary and I were talking a while back about our family, and our abuse.  We talked about the roles our parents and extended family played- what they did, what they didn’t do. It’s something so many survivors wrestle with. We hear time and time again that in most cases the trauma of the actual abuse pales in comparison to the trauma of how the abuse is handled in the aftermath.  Or not.

I said to her, “The fact of the matter is, our grandfather bred his victims and raised his co-conspirators.  Everyone did their job.”  Now, I don’t mean that they did their jobs as nature, or nurture, or common decency would have them do- they did the job the institution they were raised in taught them to do.  Just like Cardinal Law- who, by protecting the church I am sure he loved, was guilty as sin.

“To sin by silence, when we should protest, makes cowards out of men.”