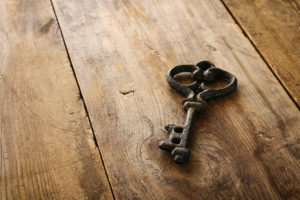 I have been thinking about keys.

This is what happens. I get to thinking about something and then it’s everywhere – following me around, nipping at my heels. I’m seeing key necklaces, key stationary, key prints.  The Universe is just so freaking persistent.

The conclusion of She Wrote it Down begins with this offering by Hafiz, a 14th-century Persian poet and mystic:

It’s one of my favorite poems of all time. I have written it down in probably every journal I’ve had for the past five or six years. In the margins, in the back, on the inside cover. I wrote it down over, and over, and over again. There are a few poems that have that kind of a hold on me. Wild Geese by Mary Oliver. Home by Warsan Shire. Pretty much everything Nayyirah Waheed has written.

This one holds a special place in my heart, though.

Today is the official launch day of my first book, She Wrote it Down: How a Secret-keeper Became a Storyteller. It’s available on Amazon right now. That, my friends, is a hand-to-God miracle.

The stories in it are primarily stories that at one time or another were closely guarded secrets. The dark shame stories I tried desperately to keep hidden from view for most of my life are now contained within the gorgeous sunny yellow cover my dear friend Jim created for me and available to anyone who wants to read them.

The past seven years have been transformative, to say the least. My marriage blew up. My alcoholism spiraled. I got divorced. I went back to work, I fell in love, I moved cross-country. I began writing. I reconnected with Mary. We reported our grandfather for abusing us more than three decades ago. I wrote about that. That post went viral. You told me your stories. Mary and I formed Say It, Survivor. I got sober.

And then I wrote a book.

And here we are.

I sit here this morning looking at the downpour outside and feeling waves of gratitude wash over me. I am so, so grateful, and so filled with love.

And so, on this grey and rainy morning, a love letter or two.

I tried to acknowledge many of you in the book, either by thanking you at the end or quoting you within the text, but allow me to take another pass at it for good measure.

Since I could read, I have disappeared into other people’s stories. When I was younger, they were mostly works of fiction, but the occasional memoir would sneak its way in. I have always been drawn to storytellers speaking their truth, even when I refused to be one. Maybe because I refused to be one.

Anne Frank was one of my earliest key-droppers. I read her Diary over and over and over again when I was young. I learned from her that you can tell a story as big and as wide as the world even if it is trapped behind the tiny, hidden door of a secret annex.

Mother Maya Angelou’s I Know Why the Caged Bird Sings changed my life. Oprah Winfrey created the possibility in my mind that shamelessness was an option. Alice Walker and Azar Nafisi broke my heart. Elizabeth Gilbert changed my understanding of prayer and Joan Didion gave me a master class in resilience.

Carrie Fisher made me laugh, Ann Patchett made me cry, and Zora Neale Hurston made me do both at the same time. Amber Haines made me gasp and Shauna Niequist and Rachel Macy Stafford made me exhale. Jonathan Martin (who wrote my favorite book of the last six months) wrote about shipwrecks and rock bottoms so gorgeously I threw the book across the room and then wrote and wrote and wrote. Brené Brown made me want to be, well, Brené Brown.

Anna Whiston Donaldson, Katrina Willis, Cis White, Jessica Faith Kantrowitz… I could go on and on and on – because in some way, at some time – every one of them has opened a door for me.

Some of my favorite storytellers are lyricists. Those acknowledgments in the book reflect the soundtrack to writing it – every genre of music has its key-droppers.

Truth-tellers, all. That’s how you drop a key, you know. You just show up and you tell the truth – because here is what they don’t tell you: The truth will set you free, but not just you. That’s the craziest part. Also me, and her, and him, and them. When someone tells their story – particularly a shame story – and offers it up, it unlocks the door for the people behind them.

Now, it’s possible for people in prisons with unlocked doors to stay trapped in them for years, I did. I witnessed Oprah’s shameless truth-telling in 1989, but it would be 25 years before I was ready to do the same. She carved out that space in the world for me though. I heard the ping of that key hitting the floor of my prison and I could not un-hear it.

Once a key is dropped, once a door is unlocked, whether the Beautiful Rowdies decide to walk through it is ultimately up to them. And while I may have sat, paralyzed in fear, looking at the light coming in through the cracks around that door for what felt like forever, I knew what direction to walk in when I became willing.

Oprah spoke about her abuse shamelessly, and then I knew it was an option. I couldn’t un-know that. Glennon and Anne and Nadia and Matt and others spoke about sobriety and it left that door open a crack- and a cracked door is an open door.

You key-droppers saved my life. 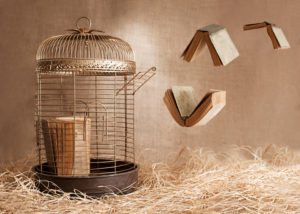 Maybe you are sitting in the deepest, blackest, dark. Maybe it’s the kind of darkness that consumes everything in its path. The thing about that kind of darkness is that it seems absolute. You can’t see anything or anyone else, and in the absence of evidence, we do the math that we’re alone and that there is no way out.

And me too is the whole ballgame, loves. It really is.

So, you’re sitting in that dark despair or you’re looking at the light coming in around the door that seems like an invitation and a threat all rolled up in one- hang on. Both hands. Perhaps you aren’t ready to walk out of the prison built of your secrets, but maybe you can start listening for that little ‘ping’ that registers down deep in your soul when someone drops a key. If you listen hard enough, you’ll hear it. 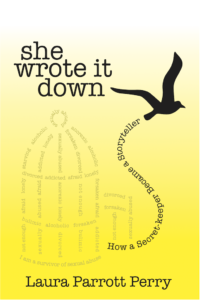 Here’s mine. Here’s my key. It drops today. I hope you pick it up, sweet friends.