She said, ‘There is no reason
and the truth is plain to see.’
But I wandered through my playing cards
and would not let her be
one of sixteen vestal virgins
who were leaving for the coast
and although my eyes were open
they might have just as well’ve been closed 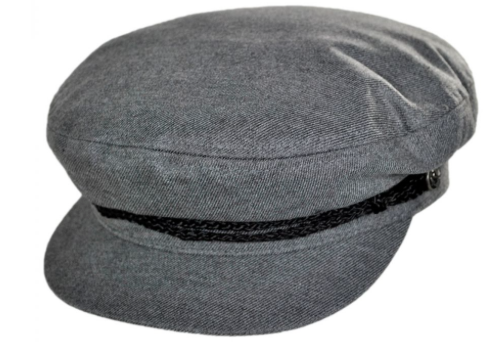 We love to live in absolutes.  We want our heroes pure and our villains purely evil.  The truth is often murkier than that.  Black and white is as simple as it is unyielding.  It’s cozy, though.  That kind of thinking requires very little of us.

One night last year, Mary and I were going through some old family photos.  Why do we do that?  I think there are lots of reasons.  I know I look for clues.  Someone should have seen something, the signs were there.  Maybe I’m looking for black hats.  Proof of evil.

One time, I found myself holding a photo. In it, hanging over the mantle, was a painting. A seascape I think.  Mary said, “That’s one of Grampa’s.”

There are turning point moments in life.  That was one of them.

Up until that moment, I had no other contexts for my grandfather.  I have no memories of him as a grandfather.  No playful or affectionate memories.  Just pain and shame.  Just terror and panic.  Just darkness and predation.  He was solely an abuser.  Solely an agent of harm.  He was just that one thing.

The thing is, that has never been true of anyone in the whole history of ever.  We are none of us all one thing.

The idea of my grandfather as an artist pierced the black and white armor I’d built up around my heart.  I paint.  I taught art.  Mary paints.  All of a sudden there was this thread, something I really love about myself, that binds us.

Until that point, it had quite simply never occurred to me that I had something other than the events of my trauma in common with him.  In that moment I felt the shocking grief of realization- he was my family and I was his.  Is.  Am.  That’s just so hard to untangle.  He was a fisherman and I am drawn to the sea.  He hooked rugs.  So did I.  He was a cook.  I love to cook.

“She said, ‘I’m home on shore leave,’
though in truth we were at sea
so I took her by the looking glass
and forced her to agree
saying, ‘You must be the mermaid
who took Neptune for a ride.’
But she smiled at me so sadly
that my anger straightway died.”

My tendency has been to line item veto his influence on me.  He only gets credit for the harm he did, except I don’t think it works that way.  It’s why incest is so complicated.  In the rare event a child is abused by a stranger the perpetrator gets to be JUST THAT.  Not so when your abuse plays out like a classic horror movie and the creepy call comes from inside the house.  Try as you might to keep it black and white, you necessarily end up having other contexts for your abuser.

When I was growing up if someone asked me what my heritage was I would say Irish.  That is a half truth.  That is my mother’s side.  The family I claimed.  The family who claimed me.  It was so much more comfortable for me to paint a picture in which that side of my family was my WHOLE family.  I have a whole other half.  They wrote me off when I was a little girl and so I returned the favor.  They were the bad side.  To them, I was the bad girl.  How tidy.

This past year, reconnecting with Mary, I have had to challenge some of my assumptions.  I had people who I’d reduced to cartoon characters fleshed out for me- not necessarily in ways that flattered them, but it DID humanize them.  It made them actual people.  It made them real, and real people are harder to hate and much harder to dismiss- so much less black and white.

That’s uncomfortable.  I like my pain and resentment to have hospital corners.  I want to be able to bounce a quarter off that shit.

The thing about black and white is, it doesn’t allow for grace.  Not God’s grace- that we all get, and it’s got nothing to do with merit.  That’s what makes it grace.  I mean the kind of grace we extend to each other.  Categorizing someone as all one thing doesn’t really allow for that.  There’s no room for grace in the black and white.  Not for you, and not for me.  I am able to extend grace to another human being when I not only see the grey in someone else, but when I acknowledge it in myself.

I’ve learned that as soon as I start talking about someone in absolutes I am actively trying not to forgive.  I want to stay in my head, in that comfortable, destructive dance of anger and blame.  Once I’ve acknowledged the grey, once someone is human to me, my anger becomes slippery.  It makes it impossible to hold on to, to clutch to my heart and justify my lack of mercy.  In the end, those white and black cowboy hats are just a conceit employed in the movies.

I called Mary this morning and we talked about this.  We talked about how Grampa never really LOOKED at us.  She said she found one of his wedding pictures and that in it, his eyes struck her as endless and empty.  I told her that when I think about his eyes, I think of shark eyes.  Black.  Flat.  Dead.  Maybe he didn’t look at us because he couldn’t, because then we would be human.

I told Mary I’ve gotten curious about him.  She says she has, too.  I’m not sure what that will lead to, but I’m willing to look, finally.  I’m ready to dive into the grey.

“If music be the food of love
then laughter is its queen
and likewise if behind is in front
then dirt in truth is clean
My mouth by then like cardboard
seemed to slip straight through my head
So we crash-dived straightway quickly
and attacked the ocean bed.”