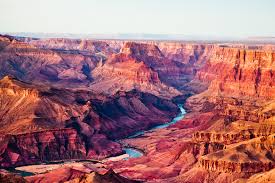 I’ve been in tears all day.

I say Love Wins all the time- and most of the time I believe it.  This past week or so has made it hard, though.  I can usually, in the face of tragedy and horror, do what my first boyfriend Mr. Rogers told us to do.  I can usually look for the helpers.

I wrote this on Facebook after tornados wrought devastation in Oklahoma a few years back:

When these unimaginable tragedies occur, we frequently hear attributes associated with certain cities or areas to explain how people can respond with such bravery, or kindness, or generosity or toughness. You heard it about NYC post 9/11, New Orleans with Hurricane Katrina, and recently Boston, with the marathon bombings. The truth is that we see those acts of grace in these cities NOT because they have the market cornered on those character traits, but because that’s how people are. Everywhere. People are brave. People are kind. People are generous and tough.

I don’t need to have watched a moment of coverage to know that there were acts of astounding courage today. Of breathtaking selflessness. Of grace. You know why? Because there *always* are. Every time. Every single time.

The thing about this last week, is that I got to the point where the beautiful gestures, and tributes, and generosity- the coming together after the fact- didn’t bring me an ounce of comfort.  Not one.

My heart is tired.  I’m down to the bone tired of seeing these mindless acts of violence, and these stunning examples of hatred.  It is so discouraging.

I’d begun to despair that there could be systemic change.  Watching the ridiculous back and forth about that damned flag- and thinking how hard it is just to get a revolting piece of fabric removed from government property is profoundly discouraging.  What’s even MORE discouraging, is THAT is the only real discussion I am hearing.

Symbols are important.  But they are just that,  SYMBOLS.  The Confederate flag isn’t the problem- the fact that there are still people, many of them in public office, who either do not get, or do not care that it is a racially charged symbol of a era that was a stain on the soul of our country is the problem.

So I’ve been thinking.  A lot.  About my life.  About my responsibility to the world I live in. About what the wide swathe of my friends looks like, and how that affects the way I see the world.  About justice and love.

About water.  About rock.

If you ask people which element is stronger, lots of people would choose rock.  And they’d be wrong.

Water flows over rock, and smoothes out the rough surfaces.  The jagged outcroppings of intolerance and hatred and the imperfections of ignorance and fear- all worn down by the fluid persistence of water.  Like water, love and justice find a way.  They ease their way into the cracks of the hardest heart, and inveigle their way into corners of the narrowest minds.

Water finds a way.  Over, under, between and through.

Love is water.  It will prevail against the forces of hardness and resistance, every damned time.  It can take a long time.  It can take an excruciatingly long time.  And if you are someone whose rights are being denied, or if you are someone who loves someone that society has deemed “less than” it is far, far too long.  Martin Luther King Jr famously said,

The arc of the moral universe is long, but it bends towards justice.

All of the great human rights issues are the same thing, in the end.  US and THEM.

Us and them is the moral Grand Canyon of this country.  The great divide. We stand on opposite sides of issues and glare at each other, but we should be looking DOWN.  Down at the river that has slowly, methodically, powerfully worked its way through miles and miles of hard stone.  Water that has found a way, and continues to flow.

So today, when I read the SCOTUS ruling, I remembered to look down at the river.  And I felt hope bubble up.

Honestly- I don’t know why I’m even writing today.  I should have just posted THIS:

No union is more profound than marriage, for it embodies the highest ideals of love, fidelity, devotion, sacrifice, and family.  In forming a marital union, two people become something greater than once they were.  It would misunderstand these men and women to say they disrespect the idea of marriage.  Their plea is that they do respect it, respect it so deeply that they seek to find its fulfillment for themselves. Their hope is not to be condemned to live in loneliness, excluded from one of civilization’s oldest institutions. They ask for equal dignity in the eyes of the law. The Constitution grants them that right.