152 years ago today, one of my favorite writers delivered his most well-known work to the public. It’s the piece most closely identified with him, but it is not my favorite.  Seven score and twelve years ago, Abraham Lincoln stood on the battlefield at Gettysburg and challenged us to make it worth it. He challenged us to be better.

That was kind of his thing. 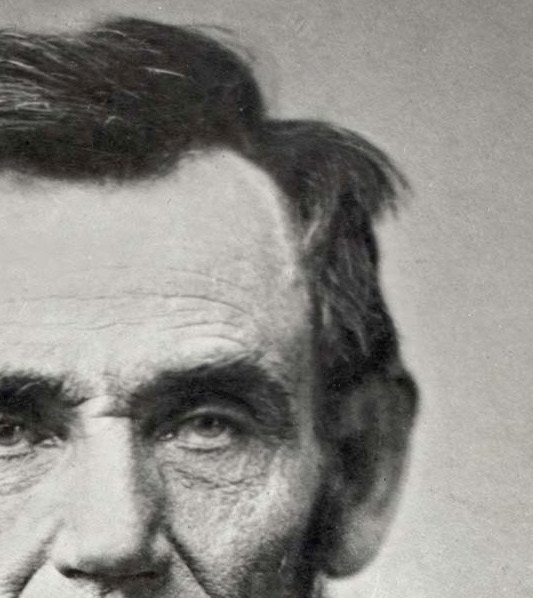 Have you ever noticed how much we LOVE Abe Lincoln?  Not just respected.  Not just revered.  LOVE.  And not past tense, either.  We love him.  I love him.  I’m a little in love with him.  There, I said it.  I have a crush on Abe.  I totally do.  I remember years ago bringing Team of Rivals on vacation and sitting in the shade at the beach devouring it.  It was pointed out to me that you are supposed to bring trash reading to the beach. Apparently I was “doing vacation wrong.”

Whatever.  Abe’s my bae.

He was brilliant, but there have been many brilliant presidents.  Well, a couple.  Okay, five.  He was a savvy politician, but that’s certainly not it.  He was wise.  He won the Civil War, and that ended slavery- which was a stain on the very soul of our country.

Those are all amazing things, but they are not why we love him.

He was a complicated, good, vulnerable man.  We like things simpler now.  We love a good sound bite.  We don’t like our leaders to be vulnerable, today.  We seem to prefer confidence, even when it is unmerited.  We apparently value bluster over empathy. Charisma over compassion.  Division over communion.

In an era where the country was as bitterly divided as it ever has been, Abraham Lincoln- even as he navigated the brutality of the civil war- sought to reconcile our country.  He sought to bring his bitterest enemies back into the fold.  He sought healing and forgiveness with those who cursed his name and, eventually, rejoiced in his assassination.

He was an exceptional man.  He never appealed to what was base and selfish in us.  He encouraged us to rise to the occasion.  To welcome back those who tried to tear our nation asunder, and to forgive them.

“We are not enemies, but friends. We must not be enemies. Though passion may have strained, it must not break our bonds of affection. The mystic chords of memory will swell when again touched, as surely they will be, by the better angels of our nature.”

I wonder what he would make of our nation today.  I wonder what he would make of candidates and politicians who goad us to be exclusive and mean, and who assure us of imminent ruin in the face of challenges that are paltry compared to the ones he faced. When did we become a nation that doesn’t want to elect anyone who will challenge us to do something hard?  Do you think a candidate could get elected today telling us we needed to forgive someone who attacked us?

In a time when he could easily have fanned the flames of hatred toward the South, he did not.  When he could have punished them for their secession, and encouraged an embittered public to do the same, he did not.

He didn’t call on us to be satisfied with the way things were.  He didn’t call on outside forces to stop being hard or bad.  He didn’t call on the South to be sorry, or for us to lord our victory over them. Good enough wasn’t good enough. He called on all of us to be better.  To be the very best versions of ourselves.  To do the hard thing.  To forgive.  To welcome back our former foes.  Our brothers.

He believed we could be better, and we loved him for it.

“With malice toward none, with charity for all, with firmness in the right as God gives us to see the right, let us strive on to finish the work we are in, to bind up the nation’s wounds, to care for him who shall have borne the battle and for his widow and his orphan, to do all which may achieve and cherish a just and lasting peace among ourselves and with all nations.”

I wish he was here.  I wish he could call on our better angels.  Maybe we’d listen to HIM. We’ll never know what the reconstruction era would have looked like had John Wilkes Booth not stolen our president from us.  You can be assured that the government would have been less punitive toward the South on his watch.

Maybe our nation’s emotional wounds would have been bound up in such a way that allowed for genuine healing in the aftermath of that bloody war.  Maybe the act of truly being forgiven by the Commander in Chief and seeing his words translate into legislative mercy would have changed some hearts.  Maybe the civil rights struggle would have been less violent.  Less brutal.  Shorter.

I wonder if we will.