When we women offer our experience as our truth,

all the maps change.

There are new mountains.” 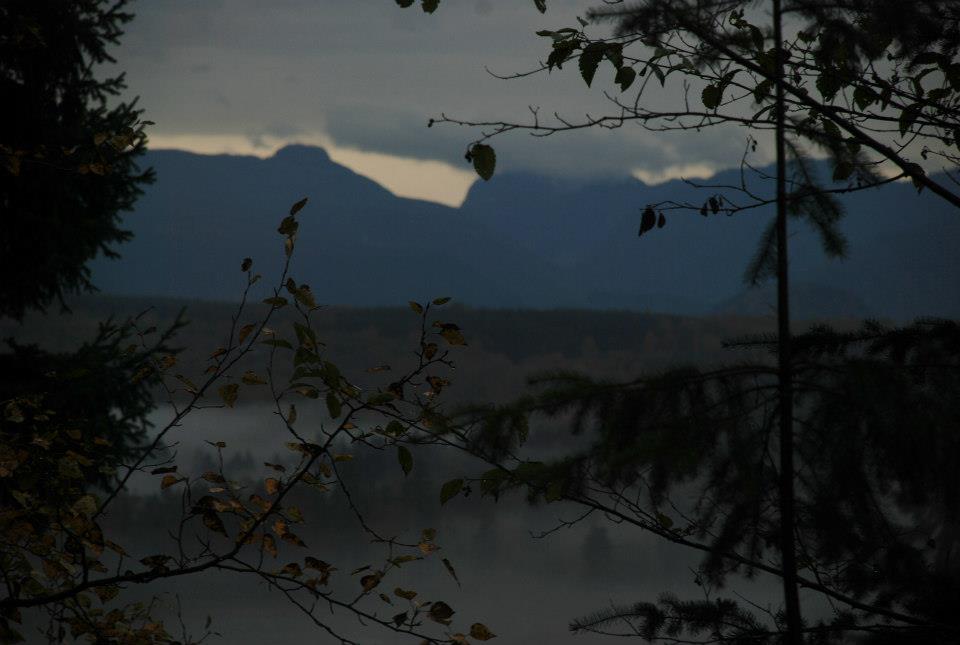 When I lived in the Pacific Northwest I was always amazed at how easily mountains can disappear. Towering peaks like Rainier and Hood vanish on a cloudy day, whole ranges become invisible for weeks on end in the winter months. If you are not familiar with the terrain and visit during the nine months of rain and gloom, you could easily pass through your trip blithely unaware you are nestled in between two stunning, massive mountain chains.

The people who live in that space all the time know, though. Even when they’re hidden, even when they’re obscured by clouds, they are part of the landscape. Every time I drove to the grocery store I looked in the direction of Rainier, even on days I knew I wouldn’t see it – because that gorgeous, looming rock is a fact. For the people who live among them, mountains are taken into account whether visitors can see them or not.

From time to time during the season of gloom, the clouds dissipate. Things become clear and there’s a moment of shock. The mountains don’t all-of-a-sudden materialize, though, their presence is just suddenly undeniable.

I think the #MeToo phenomenon is the same, really. The clouds lifted, and some people – men, really – seem astonished that this is the reality in which women live. They find the severity and frequency and relentless nature of the abuse and mistreatment of women shocking and new. But we women have never not known it and have ceased to be surprised by much of it. We don’t have that luxury.

I went to an event at my kid’s school recently and sat in on a poetry slam. This young girl, maybe fourteen, spoke of threading her keys between her fingers while she walks on the street, tuning out the violent words of men three times her age. She’s fourteen and she knows. She sees the mountains. She has to – the mountains follow her down the sidewalk commenting on the length of her damned skirt.

Women move through the world aware that pain and trauma and danger and indignity and harm are everywhere. It’s not news to us, individually. The only revelation for some of us was that we are not unique in how we have experienced it. Trauma is a liar and the first lie it tells you is that you are alone in your particular pain.

When I first watched #MeToo explode on social media, it reminded me of the scene in Harry Potter when Professor Dumbledore dies. Professor McGonagall raises her wand in the night and the tip illuminates. Then another wand is lit. Then another. Then another. All of a sudden The Dark Mark, which had been hanging ominously in the sky, is obscured by the light of all of the wands shining in solidarity, defiance, and grief.

#MeToo was an eruption of pain and anger, connection and reclamation – and grief.

#MeToo is, in many ways, a lament. In the bible, a lament is an expression of deep sorrow for the hardships of a nation or a group asking for God’s blessing or intervention. It is a tool people use to navigate suffering and to ask for relief. The dictionary describes it in more secular terms as a formal expression of sorrow or mourning, especially in verse or song; an elegy or dirge.

Or, perhaps, in modern times, a hashtag.

When Tarana Burke started the Me Too movement a decade ago (well before it was a Twitter tsunami) it was to help women of color affected by sexual abuse in underserved communities where rape crisis centers and resources for victims of sexual assault were hard to find. It has become something broader, but its roots have always been in the idea of giving a voice to the voiceless. It’s important to remember that though the online movement gained momentum because well known white women began telling their stories, it is not a new movement. It’s just that when people of color give voice to their experiences, society generally turns a deaf ear. Think about that, for a minute. That is pain we’ve decided we can live with.

We cannot forget where and for whom this movement was born. This movement, like all movements, must be intersectional or it is meaningless- actually, it will be worse than meaningless. If we co-opt it and ignore its roots, why it was necessary in the first place, we will be saying our stories matter more. We will essentially turn the movement into an agent of harm, itself.

Ursula LeGuin died recently. For those of you who do not know who she was, LeGuin was a groundbreaking novelist primarily known for her work in science fiction and fantasy.

I came to know her work when I was assigned one of her short stories in my American Lit class in college. The Ones Who Walk Away from Omelas. In the story, the people of Omelas live in a Utopian society, full of ease, peace, art, happiness. Life is perfect. In order for that society to exist, though, a child must live in abject misery, locked away. No love or mercy can be shown to it, no comfort, no kindness. And the citizens all know this – at some point, they are told. At some point, they learn that the life they are living has come at a human cost. Their ease is bought and paid for with someone else’s hardship. Some decide to go see the child for themselves, and some, when they do, decide they must leave. They walk away. They abandon life as they know it. They assume a harder, imperfect life because they’ve learned their privilege was purchased with pain and they cannot live with it.

They’ve seen the mountains and they cannot unsee them. Now they’re part of the landscape, clouds or no.

The pain of the stories behind #MeToo is the price of patriarchy.

#MeToo is a clarion call to courage and an invitation to community. We all sit in our trauma and in the prisons we build out of our secrets, and we buy into the lie that we’re alone in it. It’s not true, but it feels true. And everything is harder to manage alone – we’re simply not wired for it.

When I wrote my first post about being a survivor, The Fault in My Scars, it was an individual story. When I wrote He Wrote it Down, the response to it was a communal lament. I don’t think that post went viral because my story is extraordinary.

That post resonated because so many of us are dragging around these heavy stories of harm that we’ve been conditioned, trained, threatened to keep in the dark. Our stories are insistent, though. We can hold them down, but contents under pressure eventually blow up.

Eruptions are caused by time and tension and fissures deep below the surface. They’re preceded by rumbling and landslides. They don’t come out of nowhere. They don’t happen all of a sudden, they only seem that way to those who are not paying attention.

Individual voices are easily dismissed – especially when the truths being spoken are uncomfortable and would require societal transformation. But a chorus of voices, keening in lament, shouting in outrage, demanding change? That is much harder to ignore. Not impossible, though.

Women have been holding these secrets and shame stories close, thinking we were protected by our silence. We had it backward, though. Our silence kept us sick. Our silence enabled predators. Our silence allowed for the privileged to sit in comfort, not having to look at the reality of our lived experience, not having to consider the cost of that comfort.

Survivors have used their voices to call out the powerful. We’ve offered up our trauma as testimony. We’ve given voice to our secrets and we are bearing witness for one another. We’ve locked arms with each other because now we understand the lies we’ve all been sold- the lies that we are alone and our stories are unspeakable.

Well, guess what – it may be very well be true that misery loves company, but I have news for you – 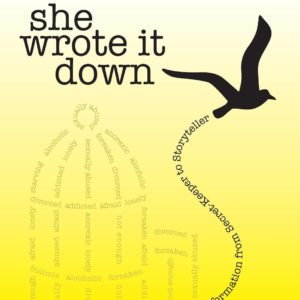 If you are a survivor of childhood sexual abuse and need resources, please go to

or email us at sayitsurvivor@gmail.com – there is so much help to be had.