God’s dream is that you and I and all of us will realize that we are family, that we are made for togetherness, for goodness, and for compassion. 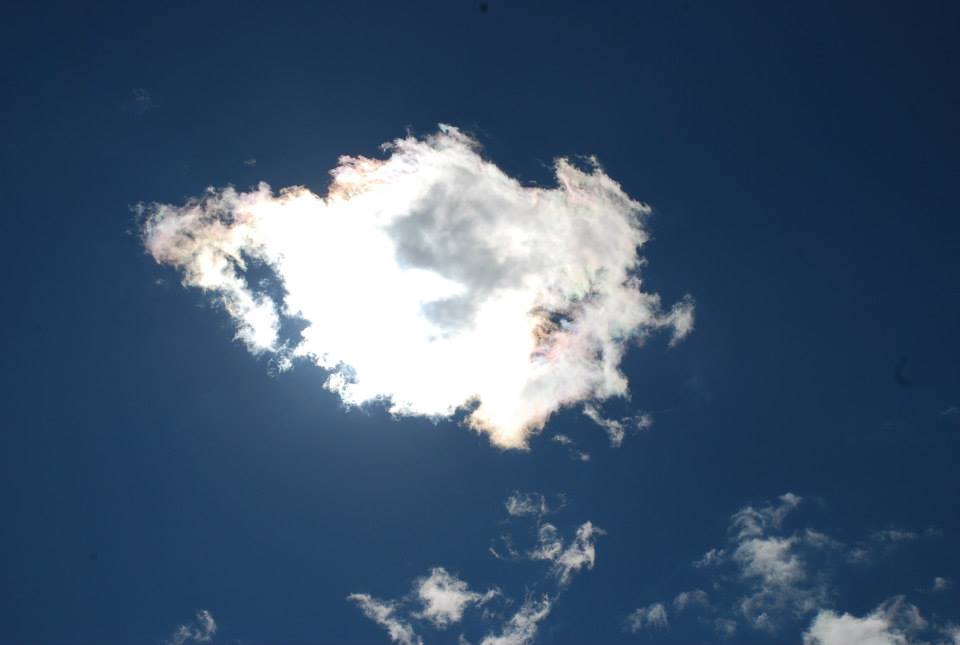 It was a beautiful September morning. One of those perfect fall days, when the sky is impossibly blue and the air is crisp and dry. It’s the sort of day we New Englanders live for. I was playing with my two-year-old child on the living room floor of my duplex in Whitman, Massachusetts. We were building tall stacks of mega blocks, and the baby was delighting in knocking them over, again and again- remember that age?

Tower after colorful tower toppling over.

The Today Show was on and Matt Lauer was interviewing an author promoting a book he’d written about Howard Hughes. Matt’s face flickered as he was told in his earpiece that a plane had hit one of the World Trade Center buildings. He relayed what little information they had.

The initial thought was that it had been a small plane and possible pilot error. I felt so awful for everyone involved. Approximately 20 minutes later, when the second tower was hit, we knew it was something else entirely. There are moments in life when you feel a seismic shift, when you can almost physically feel your world tilt off its axis. Watching the impact of that second plane was one of those moments. There is an emotional line of demarcation.

There is a before and there is an after.

I went to grab the phone to call my husband. I couldn’t reach him. I called my father in law. He said he’d go in and turn on the tv and call me back. I called my sister, Aimee.  I called my mom.

I called my son’s school. He was in third grade. I didn’t know if they would dismiss school or if I should go pick him up. The woman in the office was so kind. I’m sure I was one of many panic-stricken parents she dealt with that day. She reassured me that they were not telling the students anything. They’d cut off the internet in all computers to which the kids had access so that parents could control what their children were told, but that if I wanted to I could get him and bring him home.

I was torn. I wanted nothing more than to have him with me where I knew he was safe. I also desperately wanted him to stay at school in a news blackout. The sweet little boy with the Pokemon backpack who got on the bus in the morning did not know what people are capable of doing to one another. That little boy thought the good guys always won and that justice always prevailed. That little boy would be my son, before. I was afraid the knowledge of that level of evil- even just knowing that it existed, would be enough to chip away at his childhood. How do you tell a little boy who still believes in Santa and the tooth fairy about men turning planes- which he loved to fly on- into bombs? How do you answer the inevitable questions of, WHY? I was afraid to see his little face after.

All I wanted was to have all of my people under my roof. Aimee lived and worked in Boston. I wanted her out of the city. She left work early and got on a train. My husband couldn’t leave work. I was terrified- he worked in a big, tall financial building. What was safe only hours earlier seemed suddenly fraught with danger. I remember when his car finally pulled in the driveway I ran outside and hugged him, sobbing.

It was a day filled with horror and it left us with devastating visuals of smoke and dust filled streets, terrified people fleeing, and the unimaginable- towers crumbling. I remember watching the footage of people walking through the streets, ash falling from the sky. I had the thought that it looked like a blizzard- like the footage they show of people hunched over trying to get home through the city streets when the snow is falling fast and thick.  Except blizzards are usually eerily quiet, and the streets that beautiful, terrible Tuesday echoed with sirens and screams.

For a long time after that awful day, really blue skies made me uneasy. Crystal blue skies and perfect fall days seemed ominous- like an idyllic scene in a horror movie which can only mean something terrible is around the corner. Planes, something my little boy used to point out excitedly to me, looked sinister. That’s the most effective terrorism, isn’t it? When someone manages to make something formerly innocuous, terrifying? I would look up and flash to a picture of one of the planes hitting the towers.

As much as those pictures are synonymous with 9/11, so are the images of hundreds upon hundreds of people lined up to donate blood because they simply didn’t know what else to do. So is the footage of policemen, firemen, and EMT’s rushing into buildings when everyone else was rushing out. Of people standing along the side of the road in my town and neighboring towns that night, candles in hand in silent, reverent solidarity. Of the little boy at Fenway, weeks later, holding up a sign that said, “God Bless the Yankees.”

Moments of grace, every one. My son witnessed those, too.

He wanted to know what he could do. He was particularly concerned about the firefighters. He, like most little kids, loved firetrucks and hero-worshipped the men and women who work on them. He loved to draw, so I suggested perhaps he make a few cards. I think when all was said and done he made about fifty.  They all looked exactly the same. A fire hat, a flag, a sad face, and the words, “I’m sorry you are sad.”

The events of that day did not mark the end of my son’s childhood, as I feared. I think as a childhood trauma survivor I safeguarded my kids’ innocence fiercely. I didn’t want to see their light extinguished the way mine was. I know I had a before but I only remember the after. I know I was a little girl, I just don’t remember ever feeling like one.

We went out to dinner as a family the night of 9/11/2001. Cooking seemed ridiculous and I think we wanted to be out among other people. That’s what I remember most about the ensuing days. I remember we were all seeking connection. That’s what we do, as a people- isn’t it? We save our best selves for after. After the planes hit. After the hurricane winds subside and the waves recede. After the bodies are counted, and the damage assessed. After the towers fall. After the marathon bombing. After Sandy Hook. After Charleston. After Aylan.

Here’s what  I am going to try and do today. To remember that for a while there, after that awful day, we really SAW one another. We made eye contact with strangers. We looked in on neighbors. When we asked someone, “How are you?” we actually waited for and listened to their response. I’ve heard politicians tout that what unites us is bigger and stronger than what divides us. In the days following 9/11, that felt true. It was true. I believe it IS true. We just let ourselves get distracted by the noise. So, today I’m going to get a little quiet. I’m going to see the people that I come into contact with. Really LOOK. Really LISTEN.