“The best thing—in Shadow’s opinion, perhaps the only good thing—about being in prison was a feeling of relief. The feeling that he’d plunged as low as he could plunge and he’d hit bottom. He didn’t worry that the man was going to get him, because the man had got him. He was no longer scared of what tomorrow might bring, because yesterday had brought it.”

I was talking to a woman recently whose sister is in active addiction. She was seeking counsel on what to do, how to handle some things. She said to me, She just needs to stop partying. It stopped me in my tracks. 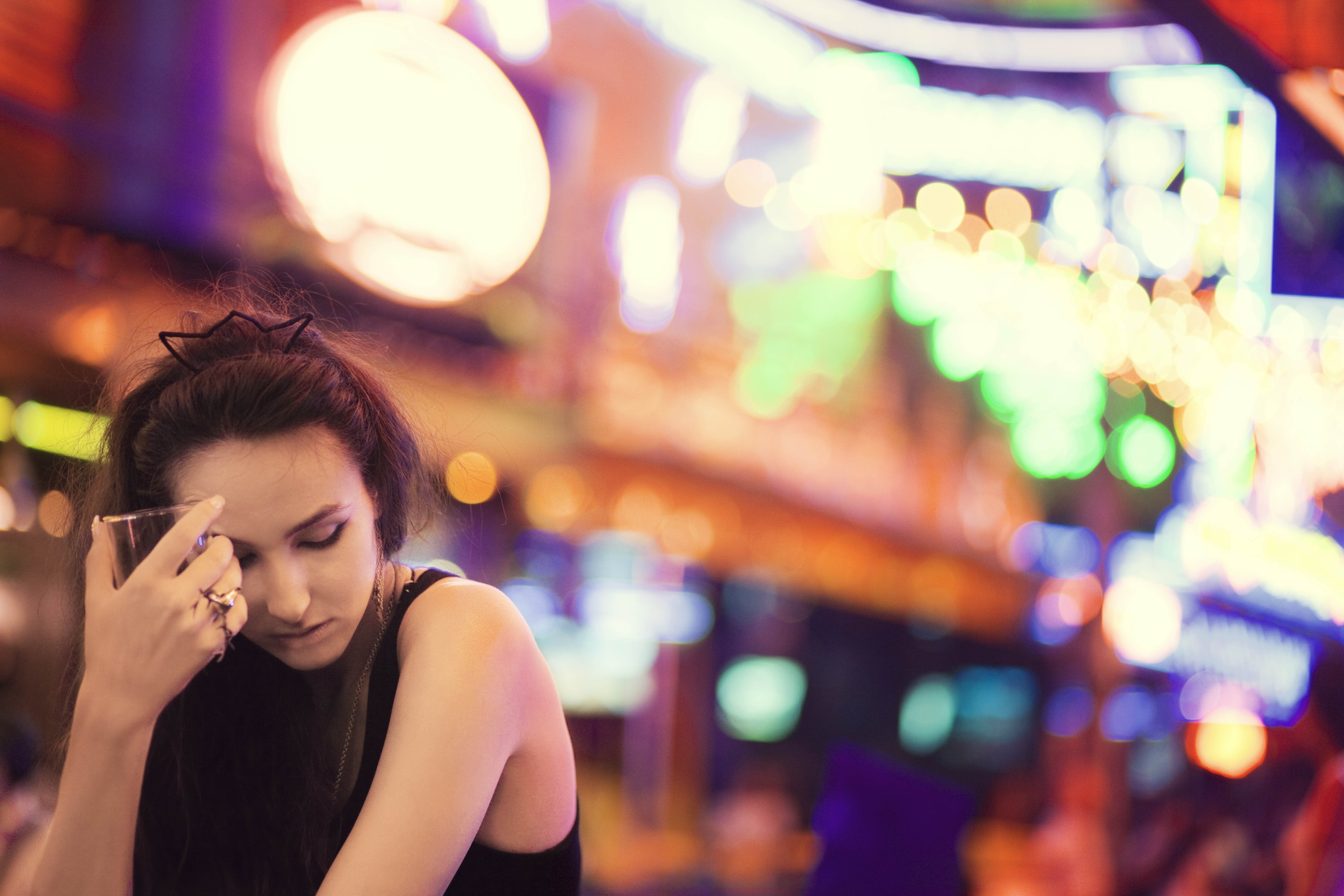 I think because I am so deeply entrenched in recovery I forget how little understanding there is of addiction out in the regular world. Granted, when I was still drinking there was a ton I didn’t understand about it, too- but I sure did know what it felt like from the inside.

Let’s talk about that.

I’ve never had a normal relationship with alcohol. I knew from my earliest days of drinking that the experience I was having was different than the one others seemed to be enjoying. For instance, the fact that they were enjoying it.  I’m not saying there was never pleasure in my drinking- there certainly was. I loved wine, I lived in wine country. Vacationed in Napa. It was gorgeous and I enjoyed a lot of it.

The thing about being an alcoholic is that any enjoyment was incidental to my primary purpose, which was escape.  I drank to avoid pain and fear and uncertainty. The fact that some of my anesthesia was paired with delicious food and consumed in pretty places doesn’t change the fact that it was, in fact, anesthesia.  And, more often than not, the first glass or three was beautiful, but all too often it would go sideways.  Never intentionally.  I can think of one time in my more than three decades of drinking when my intention was to get drunk.  Every other time I was actively trying not to. Turns out, that’s not really an option for me.  Once I have alcohol in my system it does whatever the hell it wants.

The deeper I got into my addiction, the sicker I got, the smaller my world got. People moved away from me. Core people. I spent most of my time in my room because I couldn’t not drink and I couldn’t drink in front of people. When I was with other people, I was on edge. I was constantly aware of everyone’s anger and disappointment. I felt physically ill all the time.  I was exhausted all the time. I was lonely all the time. And I did not believe it could change. I did not believe I could stop. I did not believe there was a solution. I believed people were asking me to give up my solution.

I spent every single day of the last year or so of my active alcoholism trying desperately to control my drinking. That meant every single day I failed. Every day the only thing bigger than other people’s frustration with me was my own.  I didn’t actively think about dying, but I was always a little disappointed when I woke up in the morning. Not waking up kind of would have been okay.

Addiction is a prison. I don’t care how you start or what the substance is, no one thinks they’ll end up in that kind of despair, no one chooses that kind of back-breaking pain and fear and hopelessness.

I hope I never forget it.  As awful as it was, I don’t ever want to forget what it felt like to be in that space.  Numb to joy, utterly alone, sick every day, exhausted all the time. Life is so good now.  In sobriety, even when it’s hard it’s good.  Even when it kind of sucks, it’s good- if for no other reason than I can feel the pain that is telling me something needs to change.

I think of all the people who are still enslaved by whatever it is they are using to cover up their pain, whether they’re in an alley, on a pub stool, or locked away in the prison of their bedroom.  There’re all kinds of bars.  My sisters.  My brothers. The ones who are spiraling right now. Tonight. The ones who are careening toward that tipping point where they are going to get better or they are going to crash and burn.

I’m so grateful for rock bottom, as awful as it was.  I’ve heard people say rock bottom is where and when you decide to stop digging.  I don’t know if I decided to stop digging or if I just didn’t have it in me to put my back into the digging anymore.  Maybe it doesn’t matter. I remember sitting in my car outside my first meeting and thinking my life was over. Everyone I loved was upset with me. My eyes were bloodshot, my lips were chapped, my hands were shaking. I was drenched in shame and remorse. I was as alone as I had ever been in my life.  I was lost and hopeless.

I was thinking about how the other day, I pulled out a necklace that my ex-husband gave me. It’s not really anything special, not even really worth selling- but it’s one of the few things I kept. I got it in my head that maybe someday one of my kids might want it. I haven’t looked at it in years and over the course of several moves, the chain had gotten hopelessly tangled.

I got intensely focused on it the way you do when the thing is not really about the thing, you know? I spent close to an hour trying to get it undone, using a sewing needle, my fingernails, a magnifying glass… Everything I did seemed to make it worse and I couldn’t see my way out. I felt frustrated and inexplicably panicked. I was honestly just about to throw it in the trash and call it a loss- when all of a sudden this one last mindless and, frankly, half-assed maneuver I attempted unraveled the whole chain.

Two seconds prior there was no way out. I was utterly lost, except that I was really only two seconds away from being found. There is no discernible way to tell the difference between those two states. They feel EXACTLY THE SAME.

If you are in that place, know that. I need you to know that despair is a liar. You cannot believe anything it tells you. Tomorrow can be different. There is no pain that cannot be redeemed. You’ve not gone so far astray that you cannot find your way back.

In that car, in that church parking lot, I was completely lost and also on the verge of being found.  Dying and on the cusp of re-birth. Maybe, in the end, that’s what rock bottom is. That tipping point, that liminal space between despair and hope. A prison with no bars.