“Speaking of this moment, as a culture we’ve gone from not listening, hearing or believing women, and how were we going to skip over the whole part where women get to be heard, and go straight to the redemption of the perpetrators?

Can’t we live in that space where it’s okay for perpetrators to be a little bit uncomfortable with what the consequences will be?” 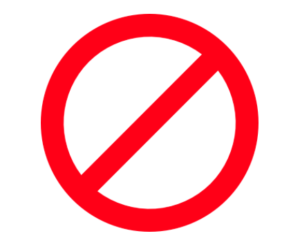 Some amazing things have come out of the ‘Me Too‘ reckoning.

Conversations are happening around sexual assault, abuse, and harassment. We’re talking about institutional sexism, abuse of power, and misogyny.

And, of course, consent.

We train girls to think it is their job to make sure everyone feels okay all the time and that if they must choose between what they need and what someone else wants, they should offer up their well-being at the altar of ‘niceness.’

No man is going to perish if he doesn’t get what he wants at the end of the night. Your “no” is a declarative sentence, not a death sentence. No one will die if you set a healthy boundary, disappointment is a survivable condition.

Have you ever been one date with a guy who just would not give up? You know, an octopus who thinks your ‘no’ is cute, or coy, or that it just means he hasn’t convinced you yet? I have. Have you ever finally given in and done something you didn’t really want to because it’s just so fucking exhausting? I have. Or maybe you really liked the guy and, even though you weren’t really ready, you went ahead anyway because he just wouldn’t quit and at least he really wanted you, right? I bet the guys in those situations would remember our relenting as consenting, and those two things are not the same.

A date should not feel like a war of attrition. Wearing your date down, not taking no for an answer – badgering until she gives in, even if you do it in a sweet voice? That is not consent, that’s coercion. How many of you men have done that? I know you won’t admit it here, but I hope you’ll think about it as you nod sagely during conversations about consent and rape culture and remind us that you have daughters and wives, as though that automagically means you’re wearing a white hat in all of this. The Weinsteins and the Cosbys and the Moores and the Batalis and the CKs and the Spaceys and the Lauers and the Trumps are easy to point at, even not-so-great guys can call out behavior that’s beyond the pale.

Hand to God, some days the ‘good guys’ are more exhausting than the bad ones.

Honoring consent means accepting the first no so that the weary, defeated yes is never an issue. Because on the other side of that grudging acquiescence is pain and shame and resentment.

Why do some women go on to have “relationships” with people who do that or worse? Because they want the story to have been different. They are trying to give a more palatable context for what is, in the end, not a consensual experience.

It’s why you see women on social media saying things like, “Oh, THAT? Yeah, that’s happened to me plenty of times.” We sometimes don’t even register it as trauma right away, because it’s that pervasive, that normalized.

And the way we apply the whole consent thing is weird. We act as though teaching people about consent will prevent men like the ones mentioned above from being predatory, and that’s simply not how predation works.

Here’s why I get a little crazy around the consent conversation – it presupposes that most sexual assaults are a misunderstanding. That had Brock Turner understood that the unconscious girl behind the dumpster might not want to have sex with him, on the ground, in public, he’d have been a gentleman. It assumes that aggressor in the situation is seeking a yes when the point of most rapes is the lack of one. It’s the actual POINT. The violation is the point. The harm is the point. The point is the hard no.

Tell me how a “The More You Know” campaign would’ve helped those men not be bad men. The swimmer ran when someone saw him. The producer paid people off. So did America’s Dad. The senatorial candidate was a lawyer in a courthouse. Those are men who knew they were doing wrong. All powerful men who probably could have found women willing to participate in whatever their sexual proclivities were- so why the force? Why the intimidation? Why the drugging? Why the hiding? Why a child, who legally couldn’t consent?

Because, those elements? They are the actual, factual point.

Teaching consent is crucial to help with the cases when it is truly a case of miscommunication or misunderstanding of cues – and we should absolutely be doing it – but it is not and will not ever be the primary antidote to our rape culture, though it would be pretty to think so.

It’s going to be harder than that.

We’re going to have to address why even ‘good’ men are under the impression their desire to get what they want is more important than another person’s fundamental right to decline. The why, not just the that. We’re going to have to tackle the misogyny that has metastasized through literally every cell of our culture. We’re going to have to deal with anger and control and fear and trauma on a national, hell, global level. That’s not an awareness campaign, folks – that’s a societal sea change. It needs to start with listening, and like I said to my students all the time, you cannot listen and talk at the same time.

It took us years to walk that far into the dark woods and it will take us years to walk back out to the sunlight. This will not be fast change and it will not be painless. Women and men who have been victimized need to be heard, first. If the good guys are actually interested in being a part of the change they will zip it- literally and metaphorically. Centuries of abuse and assault and trauma doesn’t dissipate because we’ve begun to shine a light on it. Men retweeting a #MeToo hashtag is a cheap attempt at being good at best and a craven attempt at appearing good at worst. If change is to truly take place, it is not just going to mean overtly bad men getting fired and doing time, it’s going to be men who think of themselves as “one of the good ones,” coming to terms with the fact that they’ve crossed the line, too.

If men are being asked to sit in the tension of having their behavior examined, they should sit. If men are feeling afraid to say the wrong thing in a work environment for fear it might be misinterpreted, welcome to the club. We literally have t-shirts. 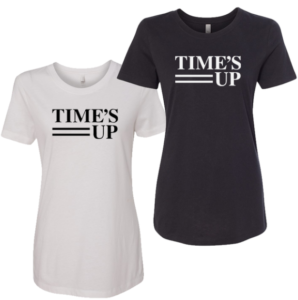 It is going to be wildly uncomfortable for some men for a minute. They’re going to need to be quiet, reflect, learn. Change. I, for one, am okay with their discomfort.

If you are a survivor of sexual abuse and need resources, please go to sayitsurvivor.org  – there is so much help to be had.

If you need a place to tell your story email me at lauraparrottperry@gmail.com – I will bear witness for you.

You are not alone.

She Wrote it Down; How a Secret-keeper Became a Storyteller